This is THE best creamy baked mac and cheese recipe. 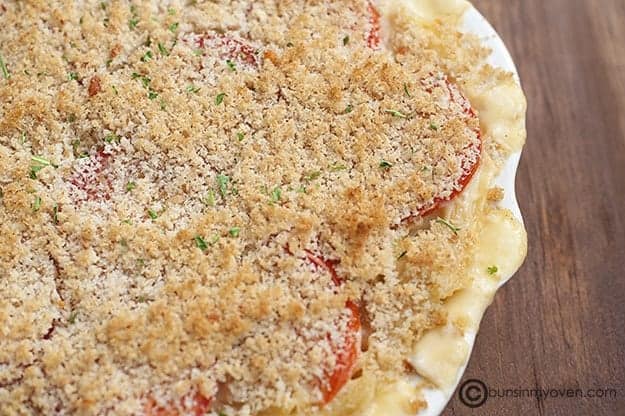 I’ve been on a mission lately to conquer Macaroni and Cheese. Earlier in the year I was working out my pie dough issues, and I finally prevailed. (Results seen here.) Next up, I needed to grab Mac and Cheese by the hair, wrestle it to the ground, and scratch it’s eyes out. Or, you know, just learn how to make a creamy cheddar cheese sauce that wasn’t all grainy and gross.

I asked for mac and cheese advice on my facebook page a couple of weeks ago and was directed to an Ina Garten recipe. I had that bad boy whipped up almost immediately and I fell in love.

Things got even stranger the next day when I reheated the leftovers for breakfast. What? Quit looking at me that way. I’m an adult and I’ll eat whatever I want for breakfast.

I only even attempted to reheat the macaroni and cheese because it was so delicious and creamy the first time. Usually mac and cheese does not reheat well at all and I just toss what we don’t eat in the garbage.

This creamy baked macaroni and cheese was even yummier reheated than it was the first day! It stayed creamy and moist, but the noodles did that thing that noodles do in the fridge overnight. You know. The magic thing. Where they get yummier. 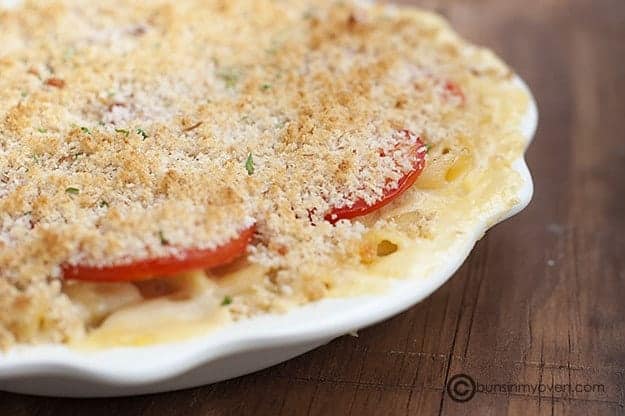 Creamy mac and cheese recipe with a tomato surprise

Don’t freak out about the tomatoes on top of this yummy dish, either. I’ve tried it both ways, and the tomatoes really add something to the mac and cheese. You can certainly pick the slices off and not eat them, but they still contribute an amazing flavor to the whole dish.

I think of this as more of a grown up mac and cheese, because the flavors have a bit more depth from the use of Gruyere cheese instead of just straight cheddar. I also added Parmesan to the topping which really took that up a notch. My daughter still loved this “grown up” version just as much as the classic velveeta kind I sometimes make. Don’t judge.

My son? No. He doesn’t eat macaroni and cheese. As much as it pains me to say it, he doesn’t really like cheese that much.

When we have taco night, I grab the biggest handful of freshly grated cheddar and stuff it all on my taco. He, on the other hand, picks out one shred of cheese, tears it in half, and then puts one half on his taco and hands the other half to me. You think I’m joking or exagerating, but that is the truth, y’all. A half of a shred of cheese. It hurts my heart. 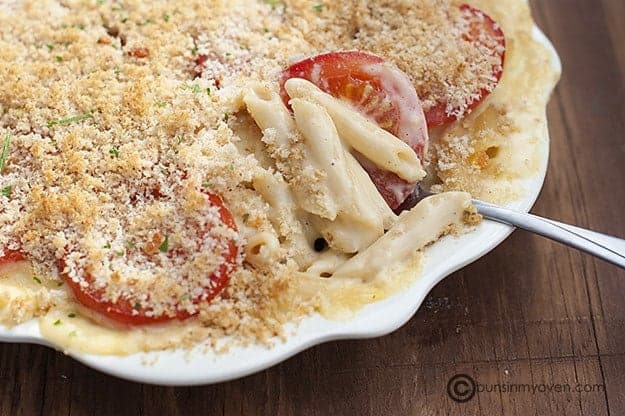 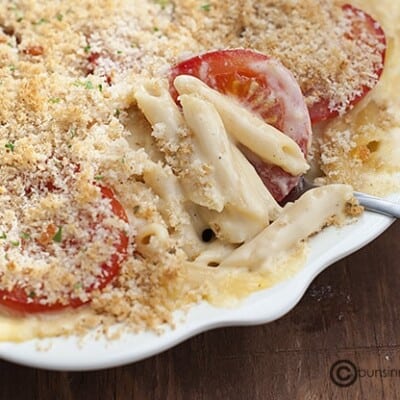 END_OF_DOCUMENT_TOKEN_TO_BE_REPLACED

You’ve got 30 minutes! Make it count with these kid-friendly favs.
END_OF_DOCUMENT_TOKEN_TO_BE_REPLACED

Baby, it's cold outside! And busy inside. Let's keep dinner simple with these crockpot favorites!
END_OF_DOCUMENT_TOKEN_TO_BE_REPLACED