Ham and potato soup made in the slow cooker! This recipe is the perfect way to use up leftover ham and it’s always a hit with my kiddos!

I get so excited when we have leftover ham in the house, because it means that I get to make this ham and potato soup!

Of course, I’ve also been known to grab a bag of the already diced ham and just use that too. I mean, it’s just about the easiest thing in the world and it’s so versatile. We use it in omelettes, in soup, mixed in with my crockpot macaroni and cheese, and even for fried rice.

Whether you have leftover ham or you’re using the diced ham from the grocery, this ham and potato soup recipe is pretty perfect and you’re going to love how easy it is to whip up.

Ready for the step by step?

How to make this ham and potato soup recipe:

To start, you’ll peel and dice a handful of potatoes and add those to your slow cooker. 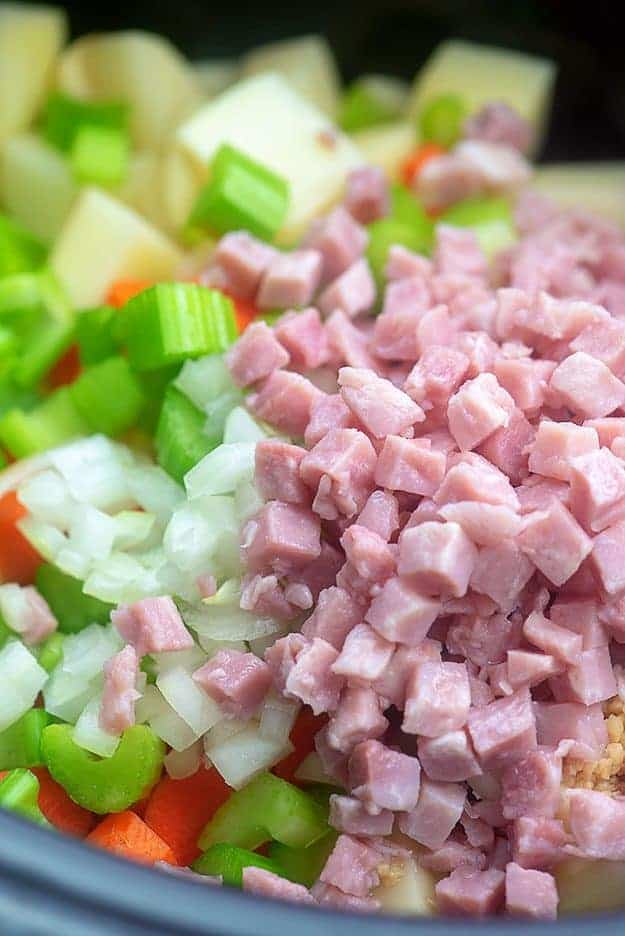 Cook all that together on high for 3 hours or on low for 6 hours.

Add some flour and milk to a mason jar, seal tightly, and shake it all together. Alternately, add to a mixing bowl and whisk it up. This is such an easy way to thick a slow cooker soup. 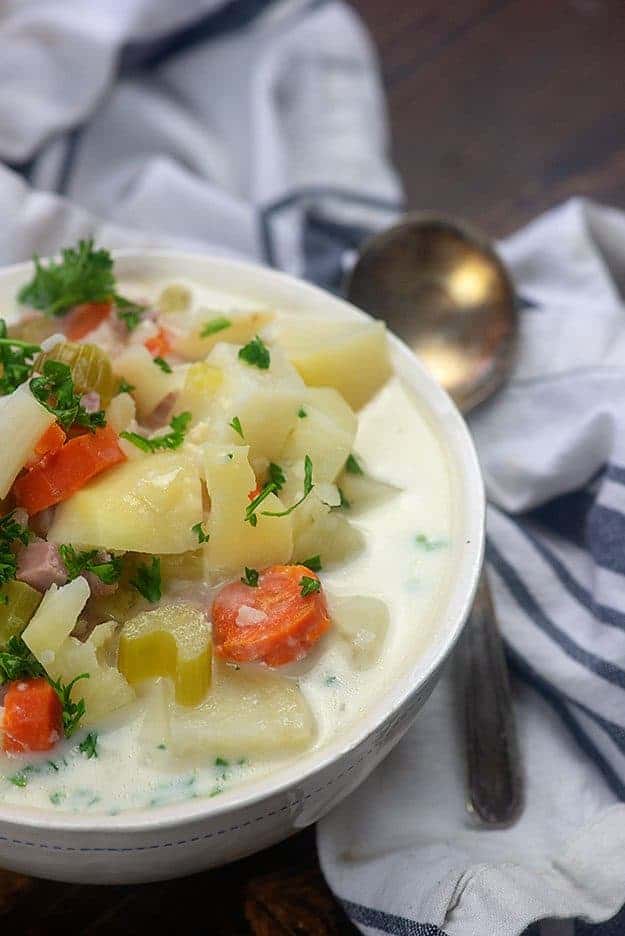 Pour that into your slow cooker along with some heavy cream and evaporated milk.

Cover and cook on high for another 30 minutes. This should thicken the soup up nicely – it’ll be so creamy and delicious!

That’s it, friends! Soup is served. 🙂 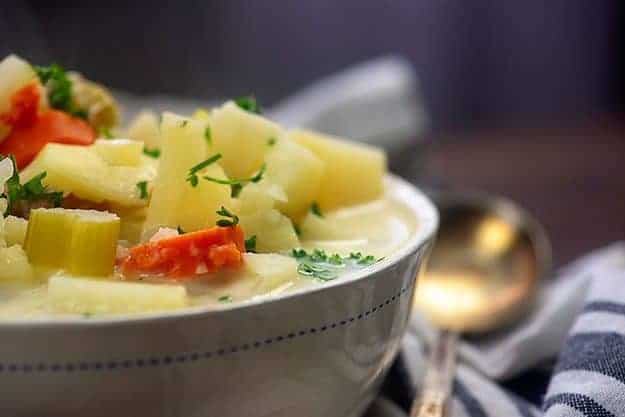 The below links are affiliate links.

Slow Cooker: The Ninja 4-in-1 slow cooker is my favorite and I have A LOT of slow cookers. I like the shape, size, and even heating of this one.

Sharp Knife: Chopping veggies is a breeze with this knife. I have quite a collection of good knives, but this is the one I grab most often – a true favorite.

Crockpot Broccoli Cheese Soup: So creamy and cheesy and it’s low carb too! 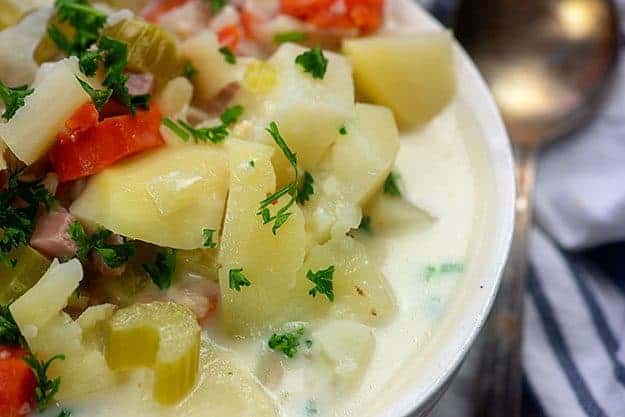 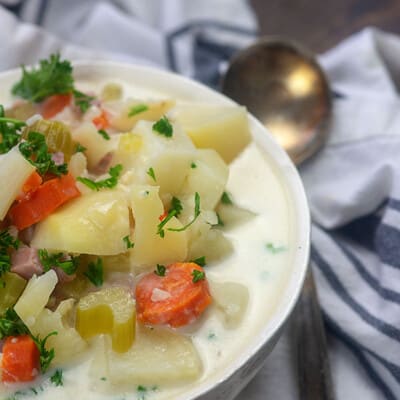 It doesn't get much simpler than soup in the slow cooker! This recipe can be made with leftover ham or a package of the already diced ham from the grocery store.
4.67 from 3 votes
Print Pin Save Saved!
Prep10 minutes
Cook3 hours 30 minutes
Total3 hours 40 minutes
Serves 10

END_OF_DOCUMENT_TOKEN_TO_BE_REPLACED

You’ve got 30 minutes! Make it count with these kid-friendly favs.
END_OF_DOCUMENT_TOKEN_TO_BE_REPLACED

Baby, it's cold outside! And busy inside. Let's keep dinner simple with these crockpot favorites!
END_OF_DOCUMENT_TOKEN_TO_BE_REPLACED