SLOW COOKER BEEF STROGANOFF is the comfort food recipe you didn’t know you needed! So simple to toss together and it comes out so creamy. My family loves crockpot meals like this. 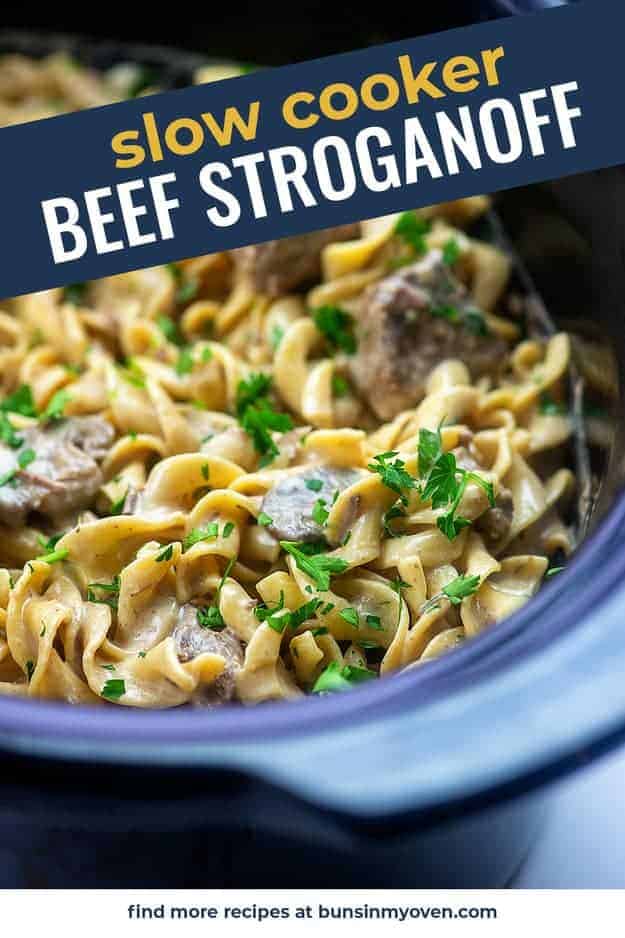 I’ve been on a major crockpot kick lately, if you hadn’t noticed.

Things have been so busy around our house lately and the slow cooker is just always the thing to save the day.


I’m a total sucker for a good casserole and I knew we could all use some comfort food so I turned to this slow cooker beef stroganoff. Seriously – so good! 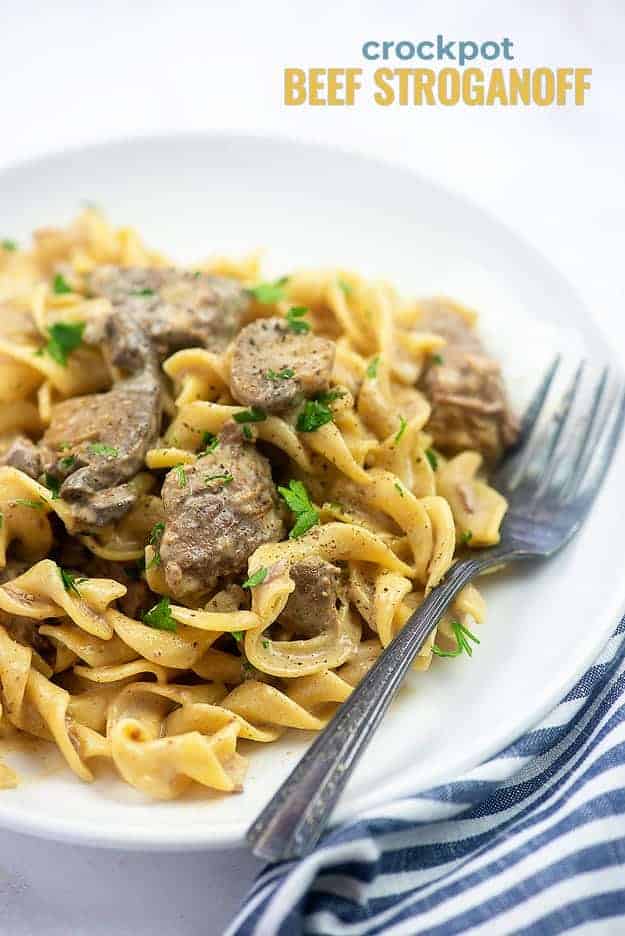 I know so many people grew up eating beef stroganoff, but my mama is not a fan of casseroles, so I’d never actually had it until I was an adult. I sure missed out. 😉

Is there anything better than tender beef, savory mushrooms, creamy sauce, and egg noodles? No there is not! 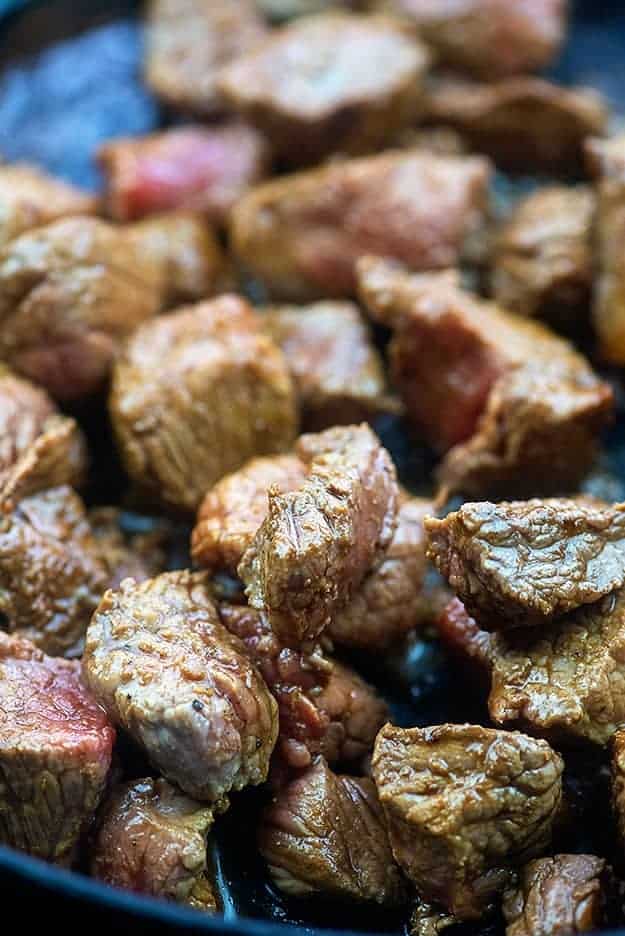 This recipe starts by browning some stew meat in a bit of oil in a large skillet. I like to use my cast iron skillet for this since it gives the meat such a great sear.

You’ll need to work in batches while browning the meat to avoid overcrowding. If you overcrowd the meat, it will steam rather than get nice and browned.

Once the meat is all browned and seasoned, add it to a crockpot. 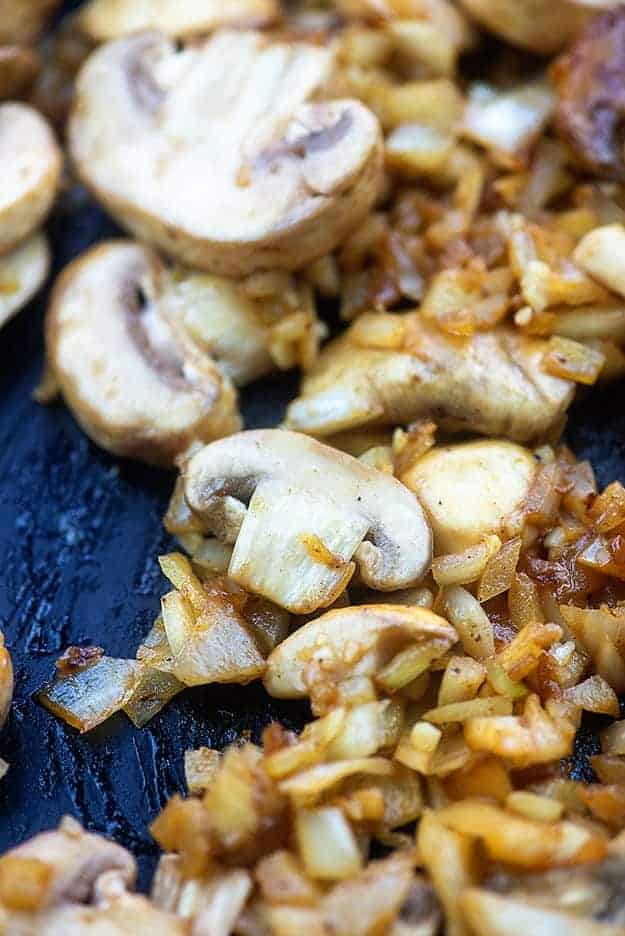 Dump some mushrooms, onions, and garlic into the hot skillet you used for the beef and let those cook for a bit to soften them.

Add the veggies to the beef and then stir in some cream of mushroom soup.

Not interested in using canned cream of mushroom soup? No problem! Use my cream of chicken soup substitute instead. No funky ingredients and super simple. 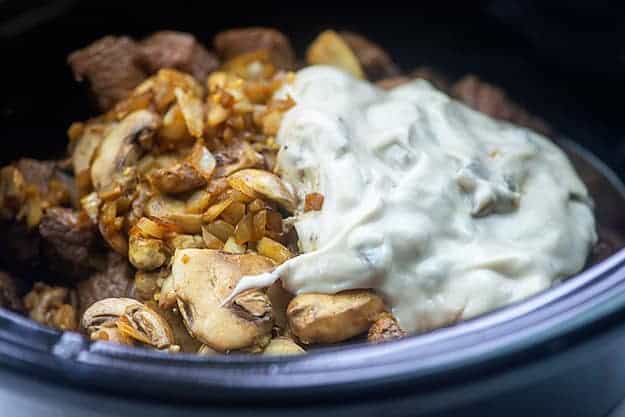 Let this cook on low for 8 hours or high for 4 hours or until the beef is nice and tender. Every crockpot cooks differently and some are faster than others!

Once the beef is nice and tender, add a bit of cream cheese and sour cream and stir it around until it creates a nice creamy sauce.

Stir in some cooked egg noodles and top it all off with fresh parsley!

That’s all there is to it!

This crock pot beef stroganoff recipe comes together with minimal hands on time and it tastes like pure comfort food! 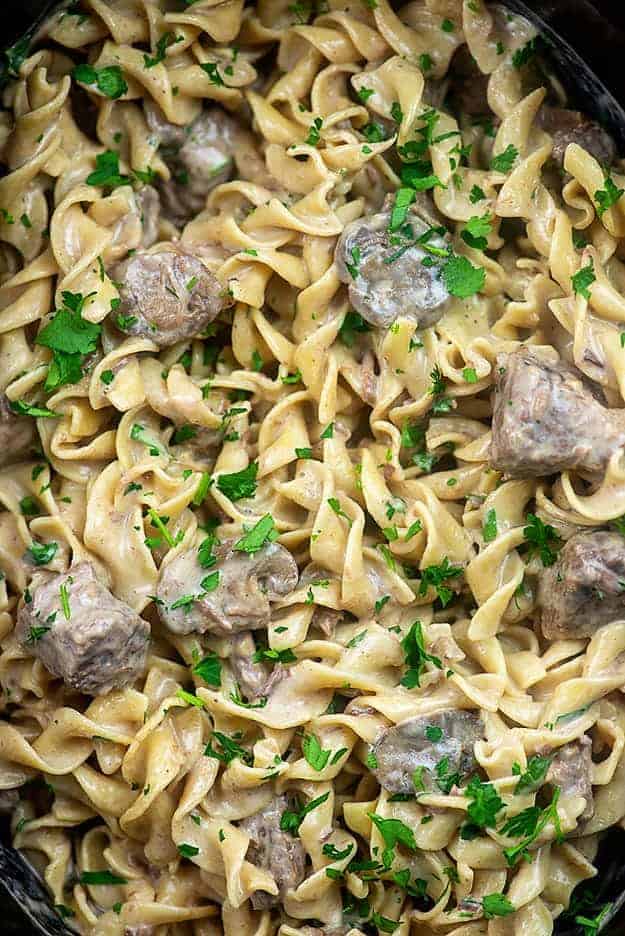 Crockpot Macaroni and Cheese: I make this for every holiday.

Crockpot Chicken and Dumplings: Just a handful of ingredients! 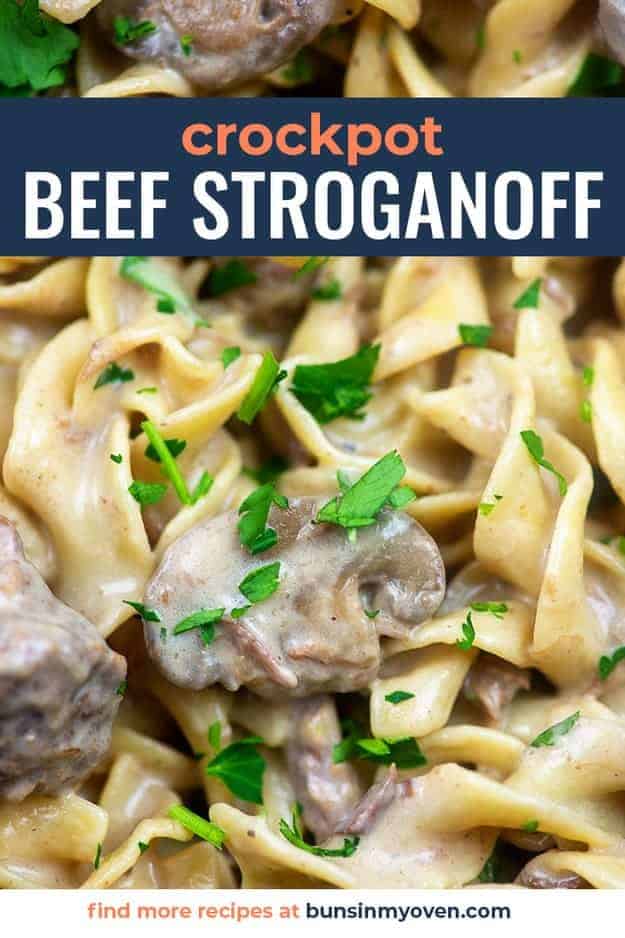 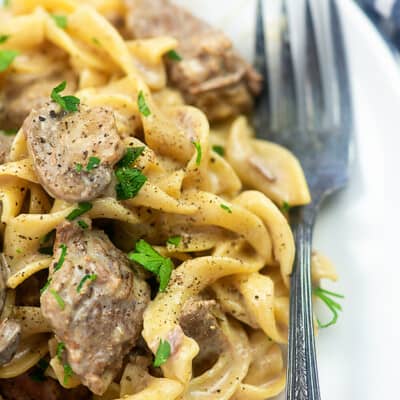 This beef stroganoff is so simple thanks to the crockpot! The beef comes out so tender and the sauce is so creamy!
Print Pin Save Saved!
Prep20 minutes
Cook8 hours
Total8 hours 20 minutes
Serves 8

END_OF_DOCUMENT_TOKEN_TO_BE_REPLACED

You’ve got 30 minutes! Make it count with these kid-friendly favs.
END_OF_DOCUMENT_TOKEN_TO_BE_REPLACED

Baby, it's cold outside! And busy inside. Let's keep dinner simple with these crockpot favorites!
END_OF_DOCUMENT_TOKEN_TO_BE_REPLACED