Brownies topped off with marshmallow frosting and a crunchy cereal mix made with melted chocolate and peanut butter. These marshmallow brownies are over the top amazing!

I’m a brownie girl. I could eat brownies every day of my life.

Then again, who isn’t a fan of brownies?

Thick, fudgy, warm, gooey…count me in.

My homemade brownies are the best around and I’ll fight you on that.

But, sometimes it’s fun to mix things up and go a little cray and that’s what happened here.

I took some brownies and topped them off with this dreamy marshmallow frosting and then spread on a crunchy chocolate peanut butter rice krispies cereal situation.

You guys can’t handle these brownies. But you should try anyway. 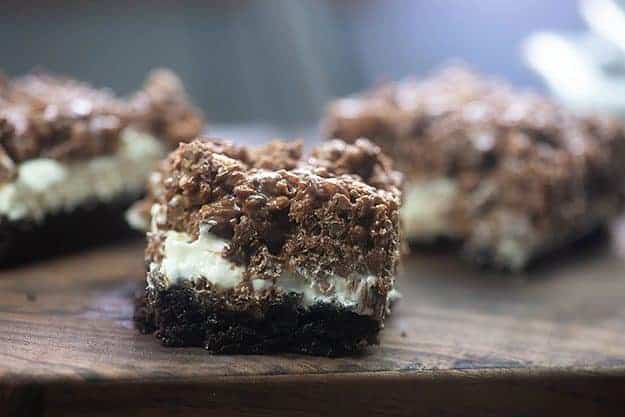 How to make marshmallow brownies with a crunchy topping:

First, you can either whip up my homemade brownies or you can start with a box of brownie mix.

I went ahead and used a brownie mix this time around because it’s a little quicker and because the toppings tend to steal the show here anyway. 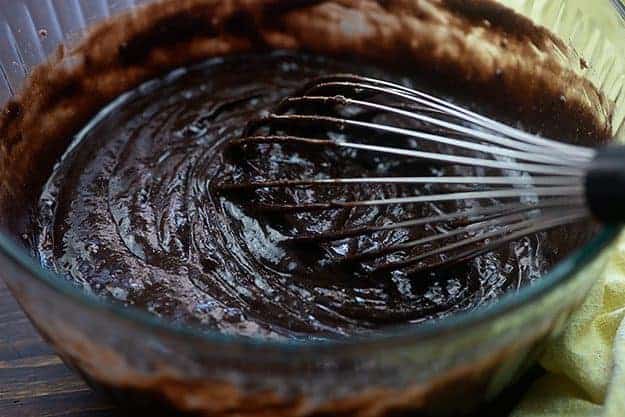 Bake up your brownies and let them cool completely.

How to make marshmallow frosting:

Add some marshmallow fluff, softened butter, powdered sugar, and vanilla to a bowl and mix on low speed until it’s smooth and creamy.

This marshmallow frosting is seriously over the top amazing. 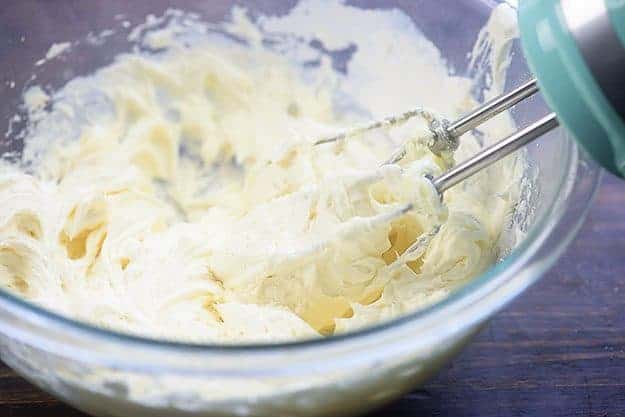 I like to spread this over chocolate cake too, but today you’re going to grab your cooled brownies and spread it on those guys.

Next up, you’ll want to add some chocolate chips and peanut butter to a small bowl and microwave until melted.

Stir together until smooth and creamy and then pour that goodness over a bowl full of rice krispies cereal. 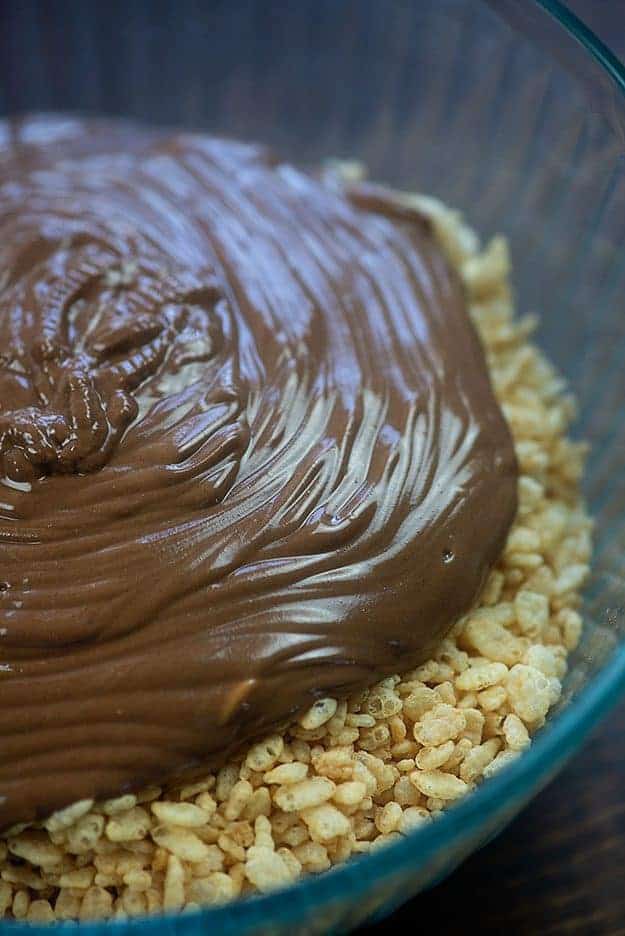 Stir well and spread that mixture over the top of your frosted brownies.

These need to chill in the fridge for a couple hours to firm up and then you can dig in.

We absolutely LOVE the contrast of the fudgy brownie with the creamy frosting and the crunchy topping.

These are rich, but even so, we totally couldn’t stop munching on these brownies! So fun and who doesn’t love chocolate and peanut butter treats?? 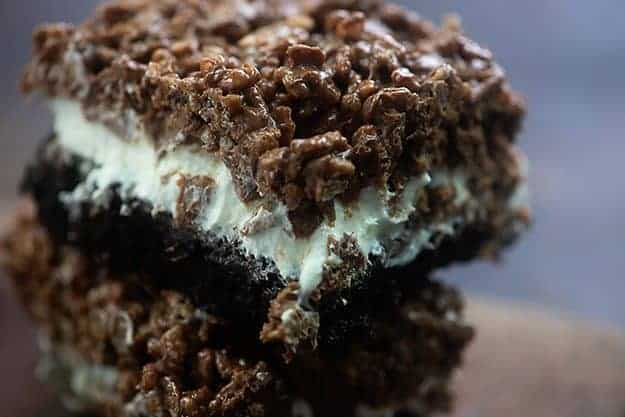 Nutella Brownies: So gooey and fudgy! 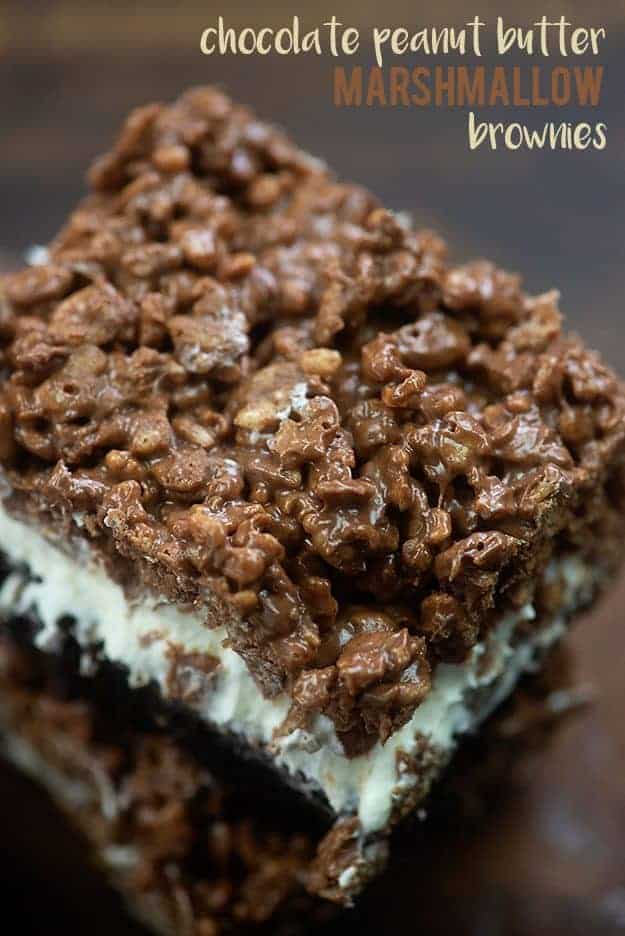 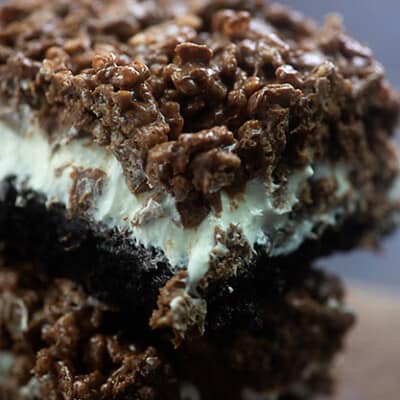 For the marshmallow frosting

For the crunchy topping

END_OF_DOCUMENT_TOKEN_TO_BE_REPLACED

You’ve got 30 minutes! Make it count with these kid-friendly favs.
END_OF_DOCUMENT_TOKEN_TO_BE_REPLACED

Baby, it's cold outside! And busy inside. Let's keep dinner simple with these crockpot favorites!
END_OF_DOCUMENT_TOKEN_TO_BE_REPLACED