Baked pumpkin donuts that actually taste like they were fried thanks to one easy little secret step. You guys are going to love munching on these baked donuts with a cup of coffee on cool fall mornings!

It’s no secret that I LOVE a good donut.

In fact, when I visited Chicago with my husband a couple years ago we did a full donut tour of the city! I did the same when I went to Dublin with my daughter. We love donuts in this house! 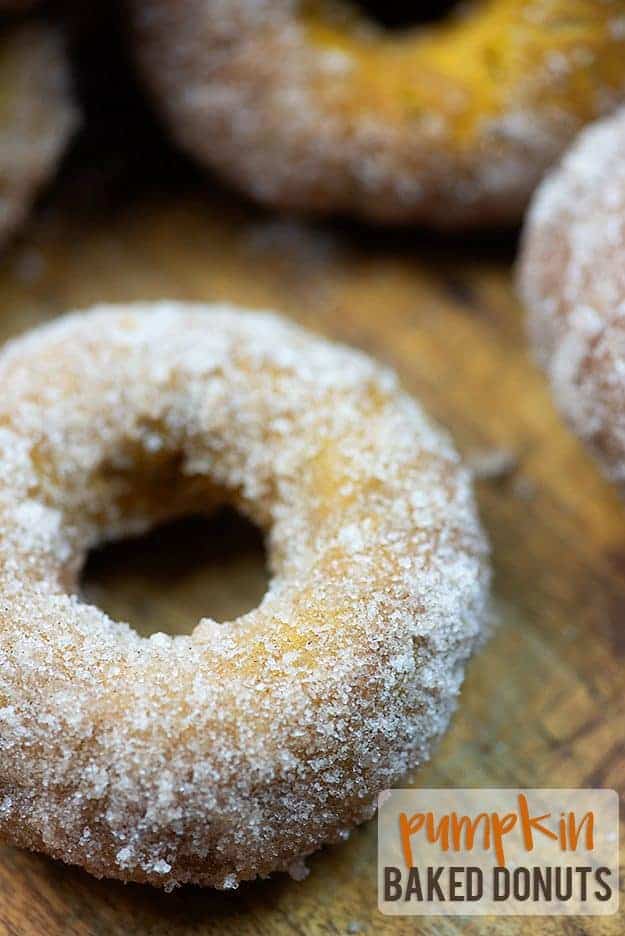 There is nothing better than waking up to fresh donuts, although I have been known to eat them as snacks more often than as a breakfast treat. Donuts are for all times of the day, if you ask me.

I love fried donuts just as much as the next girl, but my donut pan gets a whole lot of use. Click here to find the pan I use. It’s around $10 for a set of 2 pans (give one as a gift!) and I use it more often than I use my muffin tin!

And for loads and loads of baked donut recipes, click here! 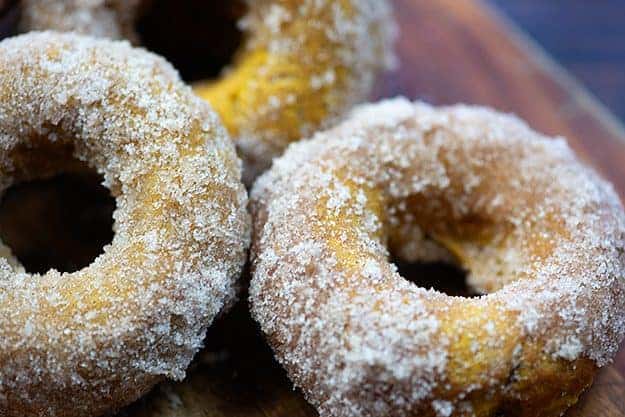 Okay, you guys. I’m going to get some flack for this, but are you ready?

First, think about what gives donuts that fried taste. It’s the fat from the oil and the crisp texture the outside takes on, right?

We’re going to replicate that by dunking the baked donuts in a bowl of melted butter (the fat!) and then tossing the donuts into cinnamon and sugar (the crispy crunch!). 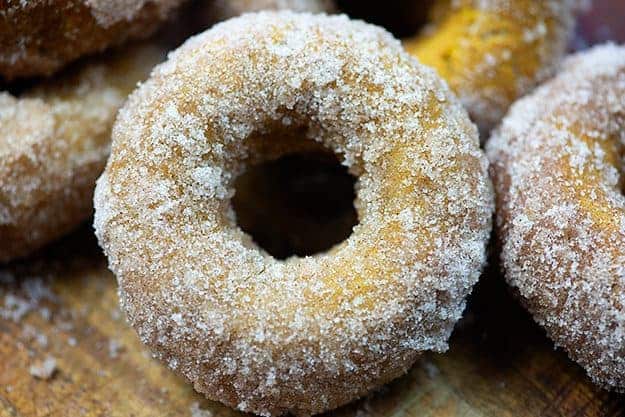 I know it’s going to feel a little…indulgent…to dunk a donut in melted butter, but it seriously ups the flavor and makes these amazing.

If you want to save some calories, just skip the butter and toss straight in the cinnamon and sugar. They’ll taste more like a baked donut (which, let’s be real, is basically a muffin in donut form) but they’ll still be seriously good!!

I’m sure some of you are wondering why I would bake a donut and then ‘ruin’ it by adding all that fat – I’m not baking donuts to save on calories. I bake donuts because frying is not something that I feel like doing all that often. It has nothing to do with health reasons and everything to do with dealing with the hot oil and the smell your house takes on when you fry. 😉

I still fry donuts, it’s just not an every day thing for me. If you’re looking for fried donuts, give these recipes a try: Blueberry Donuts, Old Fashioned Donut, Biscuit Donuts.

Hope you guys give these treats a try. They’re perfect for breakfast or any time of day! 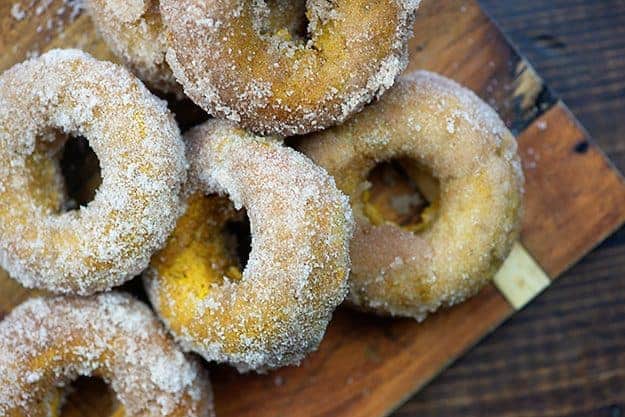 Check below for more pumpkin recipes!

Pumpkin Crunch Cake: One of the easiest pumpkin recipes ever!

Pumpkin Dip: We love to serve this dip with graham crackers and Nilla wafers.

Pumpkin Coffee Cake: It’s not fall until you’ve made this coffee cake! 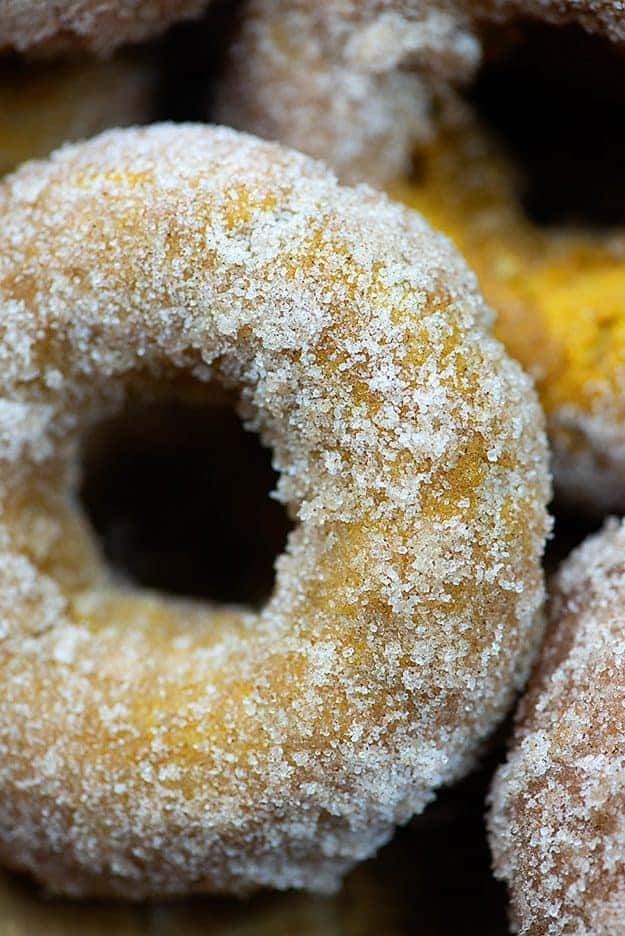 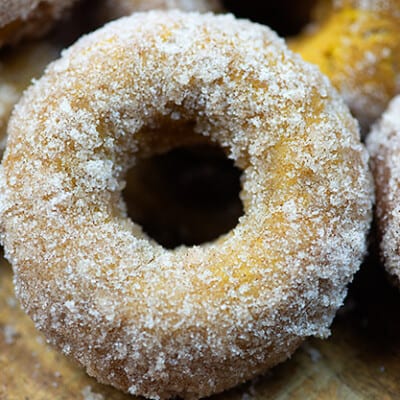 Pumpkin donuts that are baked instead of fried! Wait til you see my trick for getting that crispy exterior you'd traditionally find on a fried donut!
5 from 1 vote
Print Pin Save Saved!
Prep10 minutes
Cook10 minutes
Total20 minutes
Serves 6 donuts

For the cinnamon sugar coating:

Be sure to dunk the donuts in and out of the butter quickly, just enough to moisten the outside of the donuts.

END_OF_DOCUMENT_TOKEN_TO_BE_REPLACED

You’ve got 30 minutes! Make it count with these kid-friendly favs.
END_OF_DOCUMENT_TOKEN_TO_BE_REPLACED

Baby, it's cold outside! And busy inside. Let's keep dinner simple with these crockpot favorites!
END_OF_DOCUMENT_TOKEN_TO_BE_REPLACED