This pumpkin bread recipe is packed with as much pumpkin as possible, making it unbelievably moist, dense, and fudgy. It’s almost like biting into a piece of fudge! The browned butter glaze on top just makes things extra amazing! 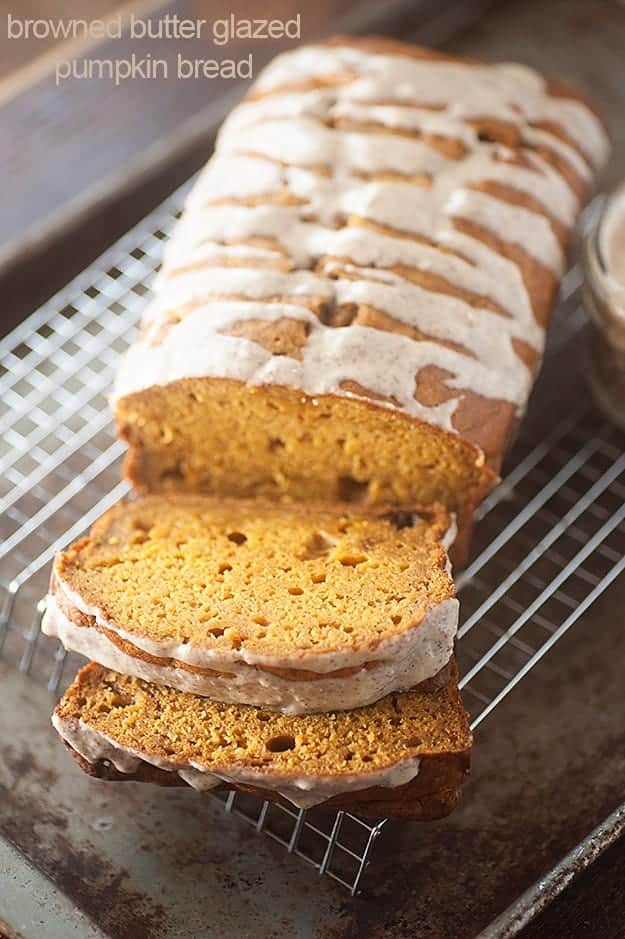 No, there is not a spider about to eat your face off. 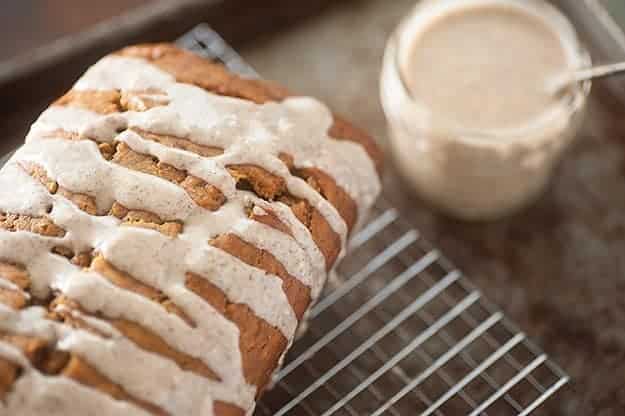 What? Am I the only one who instantly thinks face-eating spiders when someone tells me not to move? Well.

Not to worry. There are no bugs on you that I can see. I just didn’t want you to see the glaze on this pumpkin bread, roll your eyes, and click away.

I’ve done the browned butter glaze to death, you guys. You know it, I know it, we all know it. But! The thing is, there is a very good reason that I keep using this glaze on everything I can.

That reason is because it’s amazing and literally (the correct use of literally here) the best thing I’ve ever put in my mouth. I LOVE it. So much. For something that is just two simple ingredients, it has an amazing depth of flavor. It will seriously change your life, at least as much as a glaze/frosting can change a life. 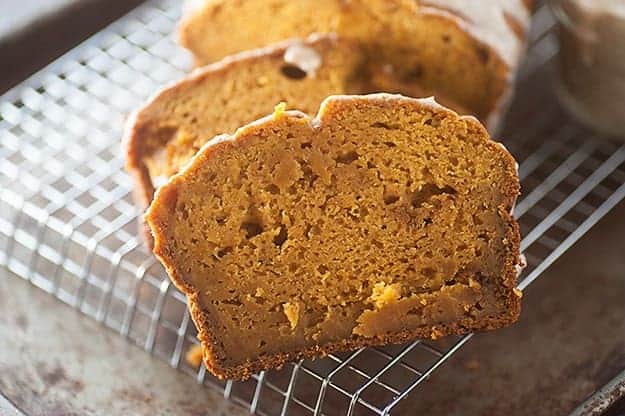 But, also, hello to this bread. It isn’t just pumpkin bread. It’s like a cross between pumpkin bread and pumpkin fudge and holy heck, guys. It’s so moist you’ll punch yourself in the face.

These pictures were taken while the bread was still warm, because I totally couldn’t wait to dig in. I really wish I had waited for it to cool more though, because the texture gets even more fudgy than it is in these photos. How is that possible? I don’t even know. Probably magic.

Now, I want to stress to you that this bread is NOT light and fluffy. It is dense and fudgy and a little bit creamy, which is a weird adjective to use for a bread, but it fits here.

If you like this bread, be sure to check out this pumpkin coffee cake! It has the same fudgy texture, a cinnamon swirl, and a sweet glaze to top things off! My chocolate banana bread is also a super popular quick bread recipe, if you’re digging the breads! 🙂 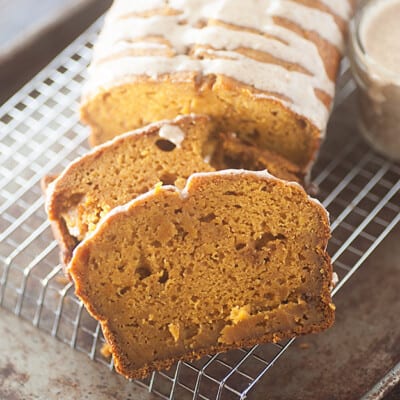 This pumpkin bread recipe is packed with as much pumpkin as possible, making it unbelievably moist, dense, and fudgy. It's almost like biting into a piece of fudge! The browned butter glaze on top just makes things extra amazing!
5 from 4 votes
Print Pin Save Saved!
Prep10 minutes
Cook50 minutes
Total1 hour
Serves 24 servings

END_OF_DOCUMENT_TOKEN_TO_BE_REPLACED

You’ve got 30 minutes! Make it count with these kid-friendly favs.
END_OF_DOCUMENT_TOKEN_TO_BE_REPLACED

Baby, it's cold outside! And busy inside. Let's keep dinner simple with these crockpot favorites!
END_OF_DOCUMENT_TOKEN_TO_BE_REPLACED