If you’ve ever wondered how to make marshmallows, I have an easy marshmallow recipe for you! It takes a little bit of patience, but making your own marshmallows isn’t hard at all! 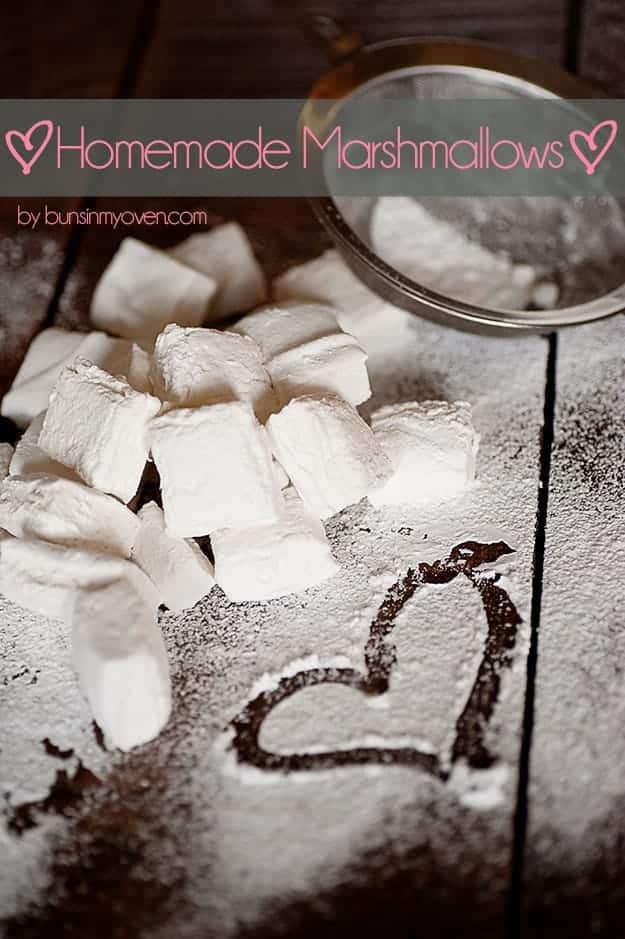 Hold on just a second there. I can see your clicky finger hovering over that red X while you roll your eyes at me for making something as ridiculous as homemade marshmallows when it would be easier, faster, and cheaper to just run to the grocery store and buy a bag.

Trust me, people. Have a little faith. I would not lead you astray.

Everyone should make these once in their life.

Homemade marshmallows are not something you’re going to go putting in your Rice Krispies Treats. These are meant for pure unadulterated marshmallow enjoyment. Eat them plain, eat them dipped in melted chocolate, smoosh them between a couple of graham crackers if you must, but don’t go wasting them on something where the flavor isn’t going to shine. 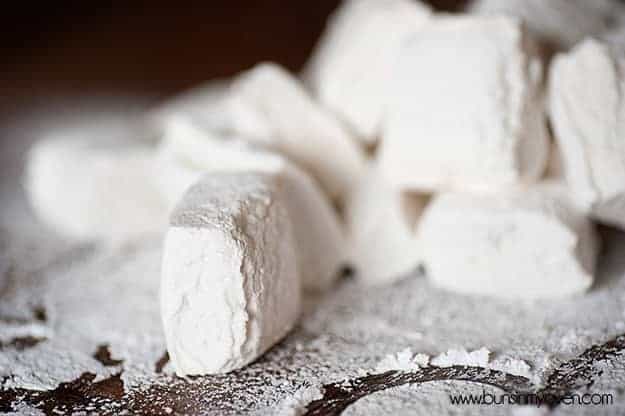 These little marshmallows are light, fluffy and springy. They’re full of sweet vanilla flavor and each bite is like a little burst of love right in your mouth. (I will not turn that into a naughty joke and neither will you. Unless you really want to, in which case I’ll laugh like the 13 year old boy child that I am.)

I made these for my mama for her birthday this year. Every time we go to Whole Foods (which, sadly, is not very often since it’s about a 3 hour drive) my mom comments on the square marshmallows they sell in the little plastic container. I knew I had to make these for her when I saw them over at Smitten Kitchen. If you don’t have a mama in awe of homemade marshmallows with a birthday right around the corner, you might consider gifting someone these for Valentine’s Day. Nothing says love like a handcrafted marshmallow.

These were surprisingly easy, too. Just don’t touch the marshmallow goo or you’ll end up a sticky mess. Luckily everything dissolves easily with a bit of water. 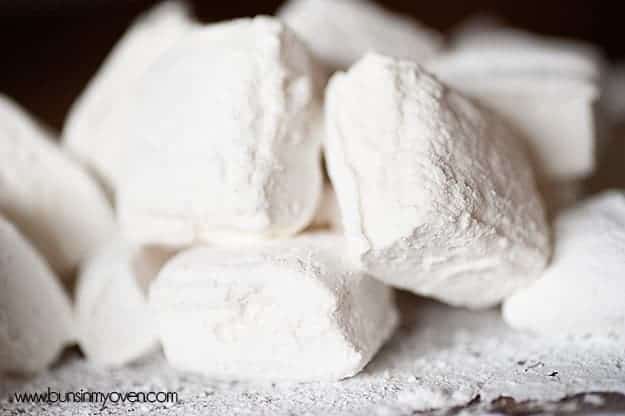 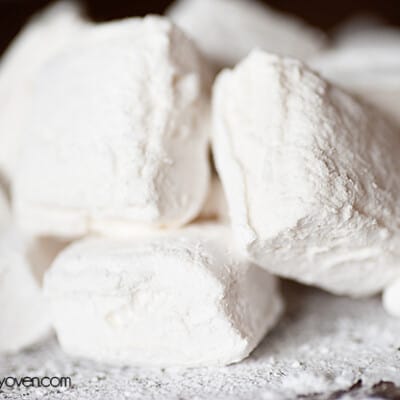 Homemade marshmallows are not something you're going to go putting in your Rice Krispies Treats. These are meant for pure unadulterated marshmallow enjoyment. Eat them plain, eat them dipped in melted chocolate, smoosh them between a couple of graham crackers if you must, but don't go wasting them on something where the flavor isn't going to shine.
Print Pin Save Saved!
Prep20 minutes
Cook5 minutes
Chill3 hours
Total25 minutes
Serves 32 marshmallows

END_OF_DOCUMENT_TOKEN_TO_BE_REPLACED

You’ve got 30 minutes! Make it count with these kid-friendly favs.
END_OF_DOCUMENT_TOKEN_TO_BE_REPLACED

Baby, it's cold outside! And busy inside. Let's keep dinner simple with these crockpot favorites!
END_OF_DOCUMENT_TOKEN_TO_BE_REPLACED