This blondies recipe is truly the best! It’s a one bowl recipe that makes the chewiest blondies you’ll ever try! And that fudge frosting is to die for!

Okay, friends. It appears that I have a bit of a thing for blondies happening right now.

My kids ask for them all the time and I can basically never say no. I mean, they come together in one bowl in about 2 mintues. No mixer needed. No long list of ingredients. Just simple every day stuff that makes the chewiest blondies I’ve ever had in my life.

The blondie base recipe is from Mark Bittman. That man knows how to make a mean blondie. 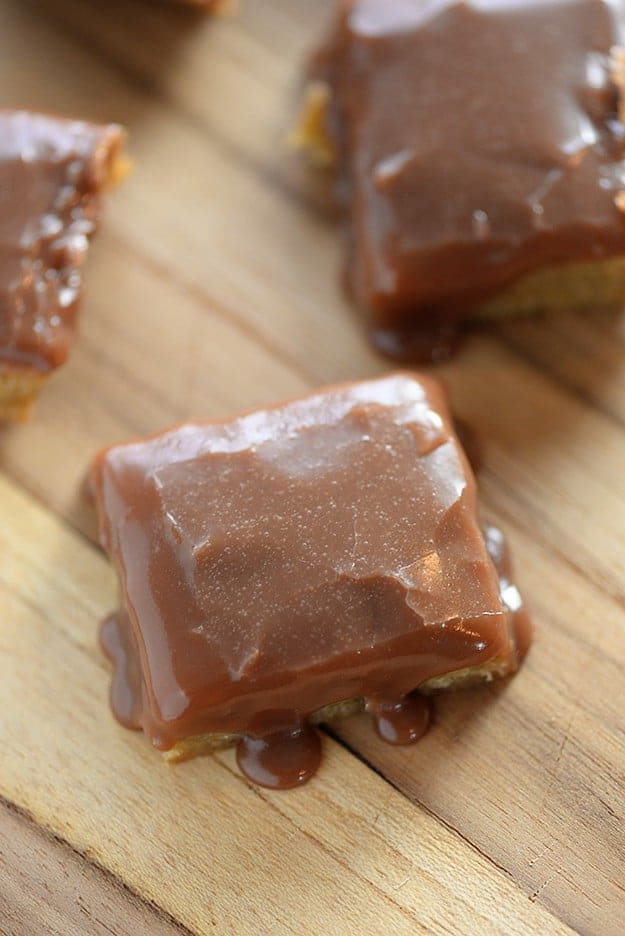 The fudge frosting is from my mama and holy heck, you guys. You’re going to want to eat it with a spoon. In fact, when we were kids, my parents always let my brother and I go head to head in a brownie batter licking battles. When it came to this frosting though? My parents always got to lick the bowl. Not fair, if you ask me!

Anyway, this frosting can be a little finicky. Depending on the brand of chocolate chips you use, it will be a little runny or a little thick. No big thang. Just add the recommended amount of chips below, stir it all up until they’re melted, and then stir in an extra tablespoon or two of chocolate chips if you think it’s too runny for your liking. Just be aware that it does set up and get rich and fudgy as it cools, so don’t add a ton of extra chocolate chips and overdo things. Unless, of course, you like to overdo chocolate chips. I mean, who am I to judge?

As you can see, I left the frosting fairly runny today. I like the way it drips over the edges of the blondies and really coats them after you cut them. If I had put these in the fridge, the frosting would have firmed up even more and that wouldn’t have happened.

The texture, when a little thicker than shown, is just like fudge!

Be sure to watch the video above to see how quickly and easily I whipped this recipe up! And don’t forget to subscribe to my YouTube channel!

Alright, friends. Tell me the truth now. Do you prefer blondies or homemade brownies? Inquiring minds need to know! 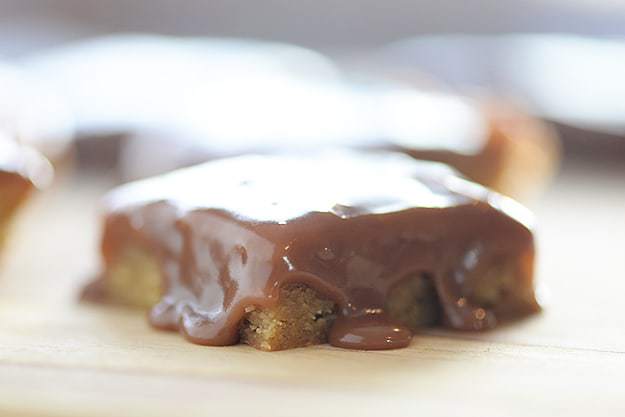 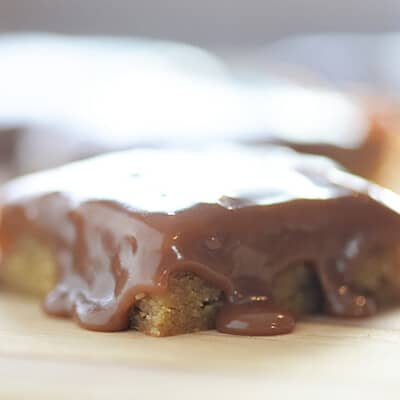 This blondies recipe is truly the best! It's a one bowl recipe that makes the chewiest blondies you'll ever try! And that fudge frosting is to die for!
Print Pin Save Saved!
Prep10 minutes
Cook20 minutes
Total30 minutes
Serves 16 bars

END_OF_DOCUMENT_TOKEN_TO_BE_REPLACED

You’ve got 30 minutes! Make it count with these kid-friendly favs.
END_OF_DOCUMENT_TOKEN_TO_BE_REPLACED

Baby, it's cold outside! And busy inside. Let's keep dinner simple with these crockpot favorites!
END_OF_DOCUMENT_TOKEN_TO_BE_REPLACED