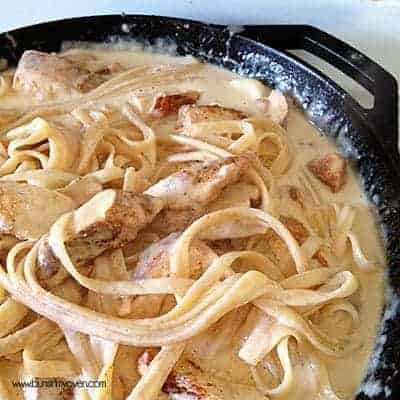 It makes my meal planning so much easier!

I saw a photo for Cajun Chicken Alfredo and immediately knew that it would be happening soon. I didn’t actually bother to follow that recipe, because I already make the simplest and yummiest Alfredo sauce out there and I figure there’s no point in messing with a good thing. So, I just sort of did my own thing and out came this crazy delicious dinner. 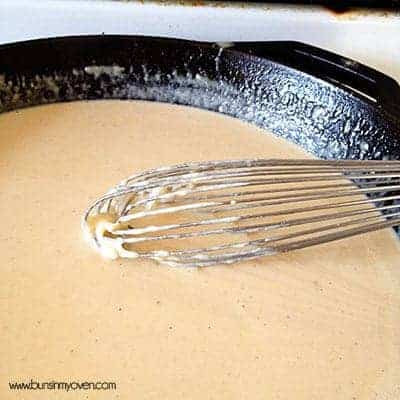 I hadn’t planned on photographing it and sharing it here, but once I got started I realized that was a mistake. So, I busted out my iPhone and got to town. Please forgive the not-fab photos.

I just didn’t want you to have to live one more moment without this recipe. 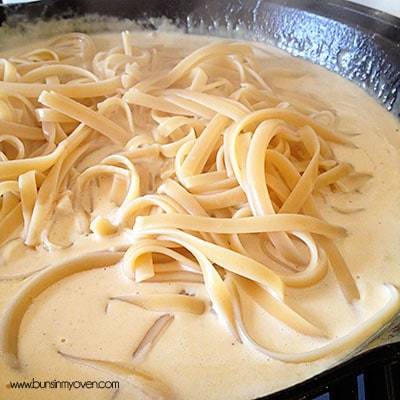 Anyway, this is pretty much a one pan dinner, unless you count the pot for boiling pasta, which I don’t. I only don’t count it because one pan dinners sound better than two pan dinners.

Please forgive me for the following photo: 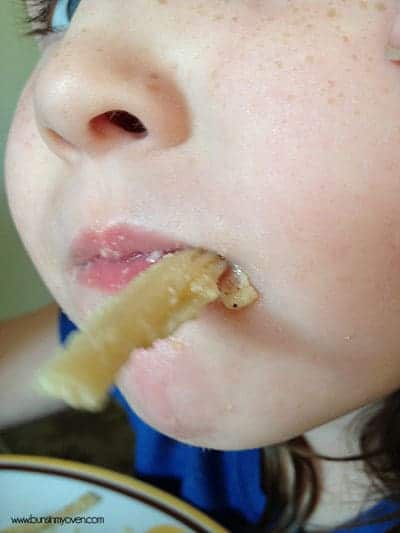 I know you probably don’t want to look at nose holes on a food blog, but I love her little chipmunk cheeks and her pretty blue eyeball peeking at me. She makes me smile.

The husband loved this dinner. He cleaned his plate. 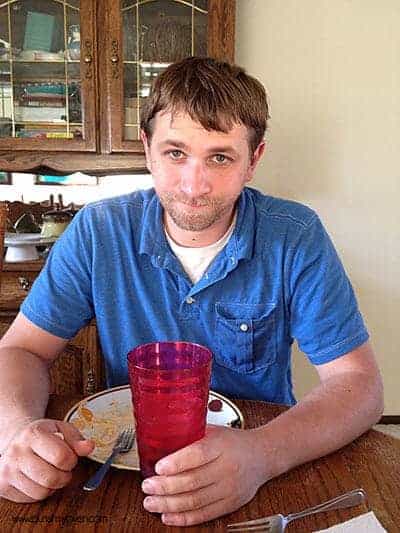 Do you think that’s the size of his hands in real life? They look sorta big and distorted to me. I’m concerned. 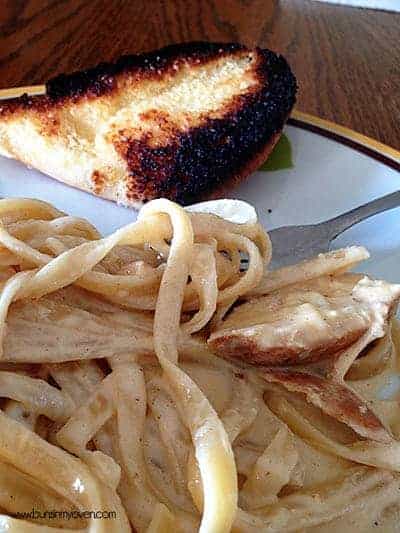 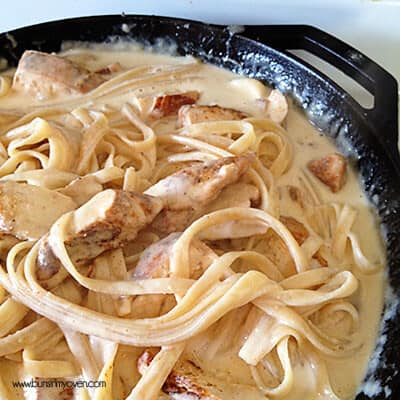 This is pretty much a one pan dinner, unless you count the pot for boiling pasta, which I don't. I only don't count it because one pan dinners sound better than two pan dinners.
Print Pin Save Saved!
Prep10 minutes
Cook15 minutes
Total25 minutes
Serves 8 servings

END_OF_DOCUMENT_TOKEN_TO_BE_REPLACED

You’ve got 30 minutes! Make it count with these kid-friendly favs.
END_OF_DOCUMENT_TOKEN_TO_BE_REPLACED

Sweet treats are a must in our house! Check out a few of our best recipes!
END_OF_DOCUMENT_TOKEN_TO_BE_REPLACED