These grilled pork tacos are ready in less than 30 minutes and packed with big flavor. Big thanks to Smithfield for sponsoring this post. 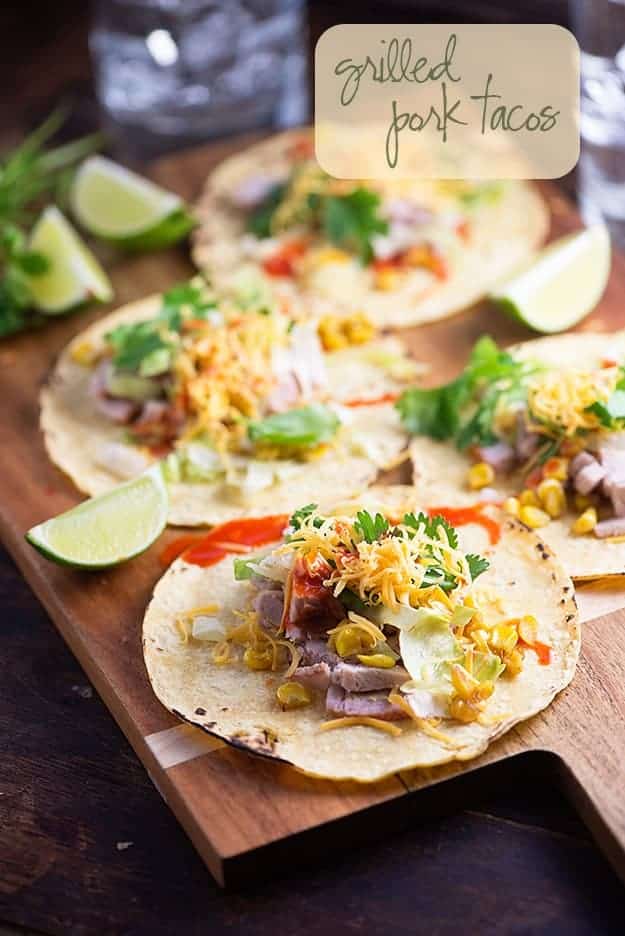 When I was a kid, I wanted to grow up to be a secretary.

I mean, sure, most kids want to be astronauts or doctors or firemen, but I wanted to be a secretary. Not that there is anything wrong with a secretary, it’s just not something that children usually dream about, you know?

I thought that my mama was a secretary and since her office always had fresh bagels and cream cheese, I pretty much wanted to be her. She wasn’t actually a secretary, but she worked in an office behind a desk and so I just assumed. I mean, a lady in an office job? Must be a secretary to my little 8-year-old brain. 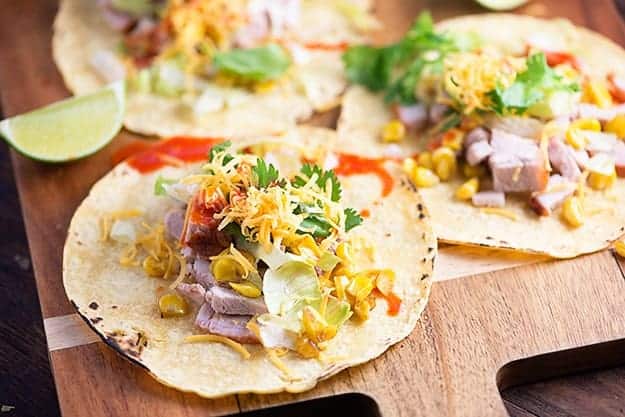 However, I am happy to announce that I grew up to be something that I believe is pretty rad. A taco photographer.

Yes. I photograph tacos for a living. Not just tacos, of course. But, tacos are probably one of my favorites.

Mostly just because after the photo shoot, I get to eat my subject. And eating tacos is the best. Amen.

So, anyway, I wanted to create a 30-minute meal for you guys to get you through back to school season. Ain’t nobody got time to be spending hours over the stove right now. I got you. 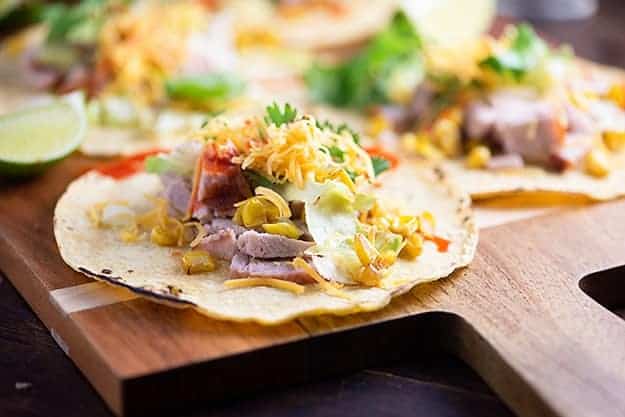 Of course, I wanted things to go even faster than fast, so I sliced my pork loin filet in half to make it a bit thinner which made it cook even faster. Because I’m the most impatient person in the world when it comes to tacos, ok, quit judging, I just really like tacos.

While the pork is grilling, toss some corn up on there too. It’ll get all smoky and charred and fabulous. Put that on your taco, because everybody knows that charred corn on a taco is legit.

When the meat is done, you’ll just dice it up and add it to a warmed tortilla with the corn and all your usual taco fixings. Dinner. In less than 30 minutes. No hot kitchen to deal with, either. 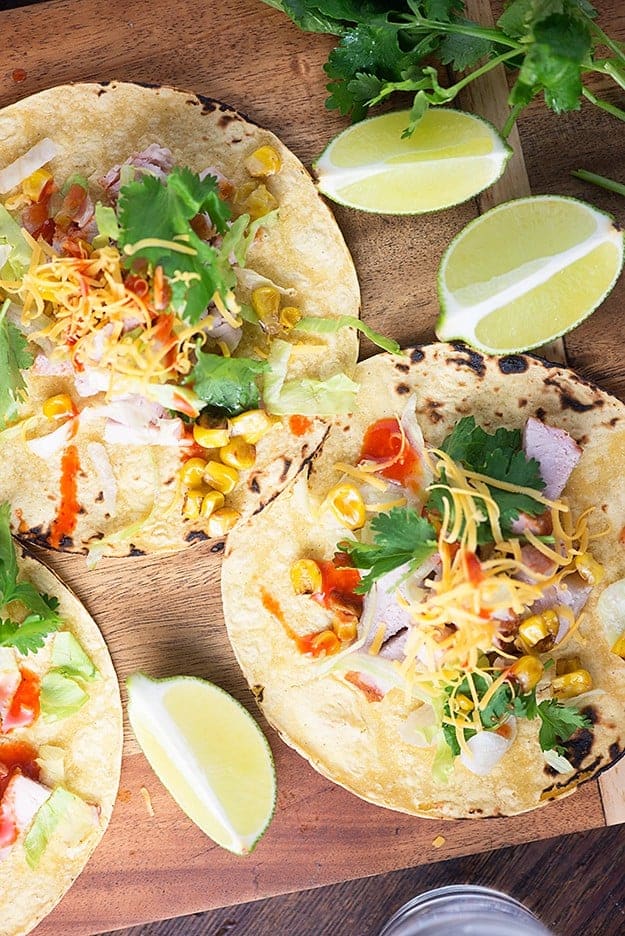 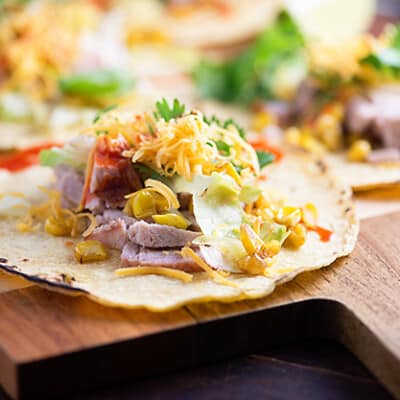 These grilled pork tacos are ready in less than 30 minutes and packed with big flavor. Big thanks to Smithfield for sponsoring this post.
Print Pin Save Saved!
Prep5 minutes
Cook15 minutes
Total20 minutes
Serves 10 servings

END_OF_DOCUMENT_TOKEN_TO_BE_REPLACED

You’ve got 30 minutes! Make it count with these kid-friendly favs.
END_OF_DOCUMENT_TOKEN_TO_BE_REPLACED

Baby, it's cold outside! And busy inside. Let's keep dinner simple with these crockpot favorites!
END_OF_DOCUMENT_TOKEN_TO_BE_REPLACED