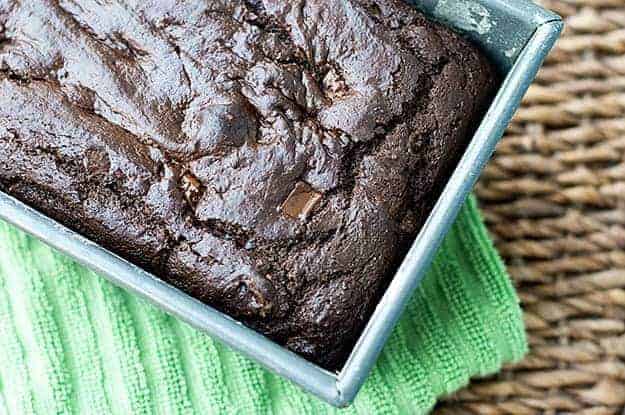 I’ve been wanting to making this chocolate bread with peanut butter spread for a long time now and for a couple of reasons.

The number one reason, obviously, is because it rhymes.

Say it with me – Chocolate Bread with Peanut Butter Spread.

The second reason is because it sounds yummy. It’s chocolate bread, for the love of Pete. And then you spread peanut butter on it! And it’s considered BREAKFAST. 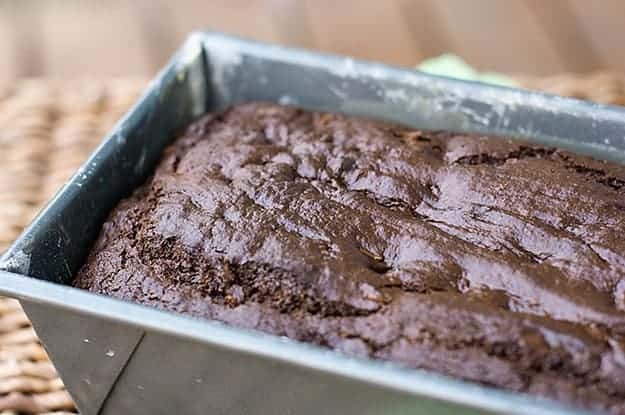 The one thing holding me back, however, has been my husband.

Every couple of weeks I’d mention this bread. “Hey, how about some chocolate bread with peanut butter spread for breakfast tomorrow?” And every time he would wrinkle his nose and ask “Chocolate bread? Sounds gross. How about some cookies instead?” 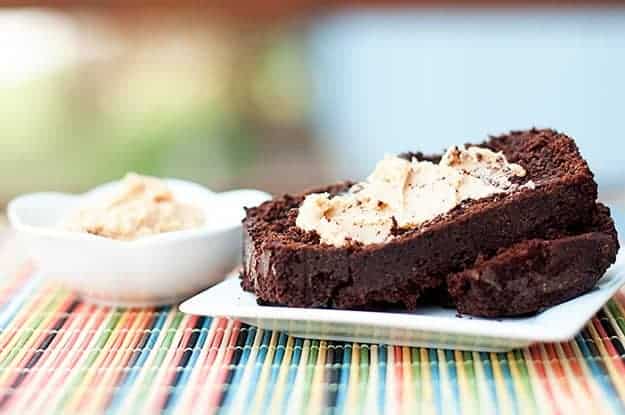 Today, I told him that I just couldn’t live like this anymore and I made the dang bread. The chocolate bread with peanut butter spread.

I’m sorry. Rhyming is just so fun. I can’t help but repeat it over and over.

Bread and chocolate together in total carby goodness!

The original recipe called for dark chocolate chunks to be mixed through the bread, but I used half dark and half semi-sweet. My kids aren’t dark chocolate fans and I didn’t want to be forced to eat the whole loaf myself. I would have done it, of course, but I wouldn’t have liked it. Or maybe I just would have liked it too much? Hard sayin’.

Either way, this was yummy. The kids and I had it for breakfast and the husband had some leftover Oreos. We’re a healthful bunch. 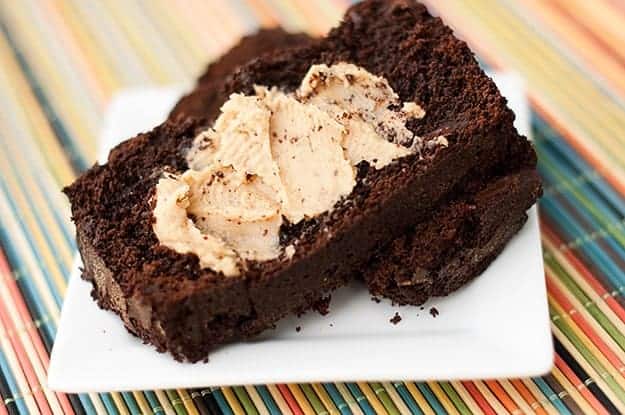 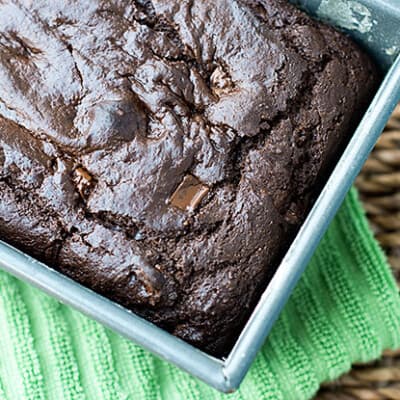 This chocolate bread is great on it's own, but that peanut butter spread really takes it over the top!!
Print Pin Save Saved!
Prep15 minutes
Cook1 hour 10 minutes
Total1 hour 25 minutes
Serves 8 slices

END_OF_DOCUMENT_TOKEN_TO_BE_REPLACED

You’ve got 30 minutes! Make it count with these kid-friendly favs.
END_OF_DOCUMENT_TOKEN_TO_BE_REPLACED

Baby, it's cold outside! And busy inside. Let's keep dinner simple with these crockpot favorites!
END_OF_DOCUMENT_TOKEN_TO_BE_REPLACED