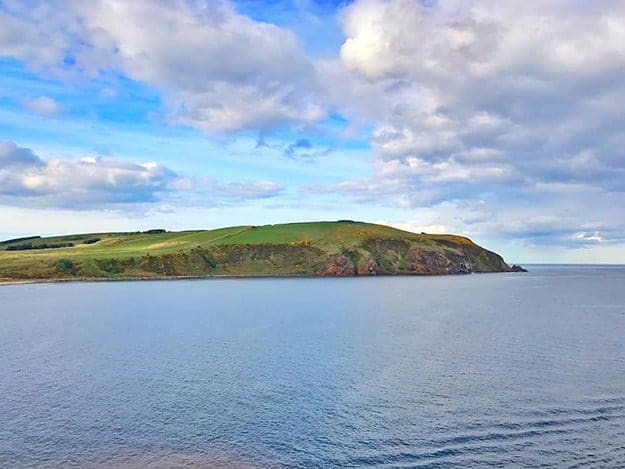 I can’t wait to tell you about our amazing first trip abroad and why we chose a cruise as the perfect introduction to Europe!

If you’ve been following me on Instagram, you probably noticed that my family and I just visited Europe for the first time. It was such an amazing and eye-opening trip and I’m so glad that I was able to share it with all of you via Instagram.

My husband and I have been discussing taking our kids (17 year old boy and 12 year old girl) to Europe for a while now, because my son just LOVES history and is pretty obsessed with World War II. He really wanted to visit Germany and we debated hopping around on our own for quite some time – London, Paris, and Berlin were our top picks. 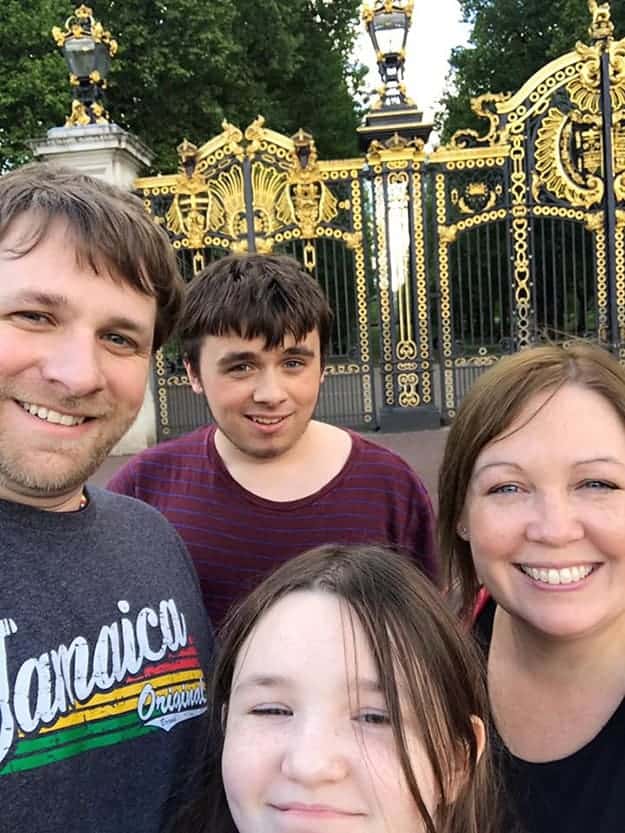 Ultimately, considering that it was our first time abroad, it just became really overwhelming to plan such a large trip to multiple cities. I was getting so stressed out worrying about the language difference, the public transport, multiple flights, and it all just became a STRESS.

I mean, I LOVE vacation planning. I would happily do it as a full time job. But the minute I started planning that trip, I became stressed out and was not looking forward to the trip at all.

I’m cruising around the British Isles for the next bit! I hope you’re following along on my adventures via Insta Stories! ? #ad #comebacknew #princesscruise @princesscruises #guernsey #visitguernsey #caribbeanprincess #bimotravel

Finally, I talked to the family about doing a cruise instead. I’m a huge proponent of cruising for a lot of reasons, but for this trip the reason was that we would get to see so many different countries and cities without all of that stress! You guys. Cruising was the absolute BEST decision for our first trip to Europe.

I have cruised with Princess Cruises in the past, so I reached out to my contact there and asked if they might have a cabin available for me on their British Isles cruise and they did! We scored a sweet balcony cabin on the Caribbean Princess and then my husband and I booked a second cabin for our kiddos just down the hall. I was not paid to write this, but they did comp my room in exchange for sharing the trip on Instagram. Just want to be upfront about that! 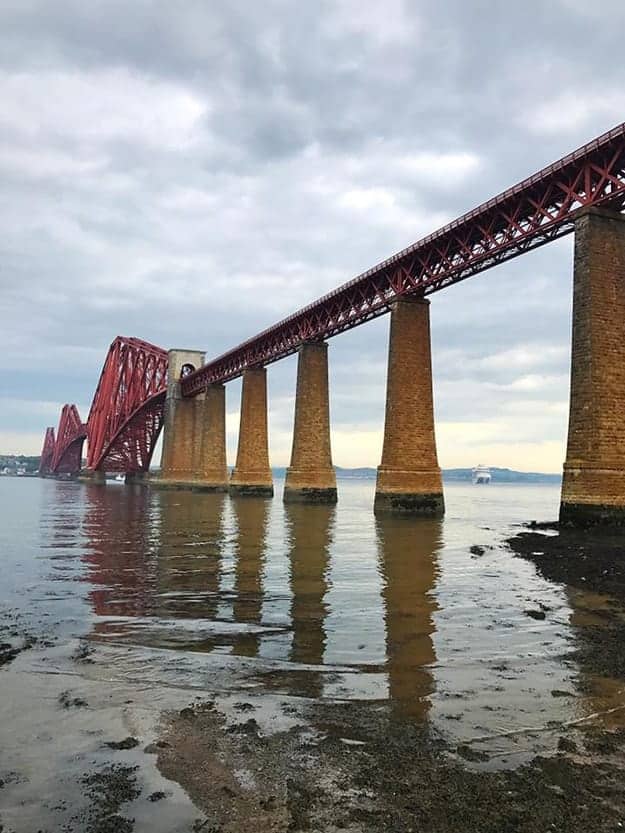 Anyway, I didn’t contact Princess until I had scouted all of the different cruise lines and their European itineraries. Princess had, by far, the very best itinerary for us. The itinerary included stops at Guernsey, Cork, Dublin, Belfast, Glasgow, Inverness, Edinburgh, and Le Havre. We sailed out of Southampton, England which is a couple of hours south of London.

We flew into London a day early and had a bit of time to explore. We used English Rose Collection to transport us from our hotel in London to the port. Highly recommend! They were reasonably priced, had free wifi in the vehicle, and were very professional and happy to answer all of our questions about what we were seeing during the drive.

In the end, I’m really glad we chose a cruise for our first trip to Europe. It allowed us to get a taste of 6 different countries without being too difficult to plan. The level of stress just vanished and I started having fun planning when we decided on the cruise.

Scotland has been on my bucket list for years, so I was very excited about this itinerary. 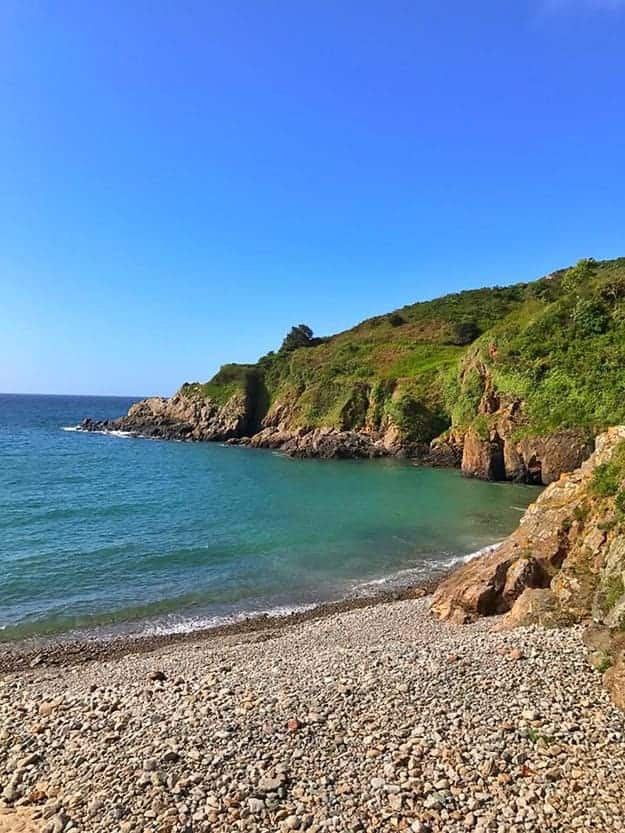 Guernsey, surprisingly, ended up being one of our favorite stops. We really didn’t know anything about it before we sailed, so I just booked us a private tour of the island and we ended up learning so much through our tour guide. You could tell how proud he was of his homeland and Guernsey was a great stop for my WWII loving son. I’d had no idea they were occupied by the Germans, but they were and they had an amazing German Occupation Museum that my son just ate up. Not to mention that absolutely beautiful views on the island. It was truly gorgeous. I would love to visit Guernsey again for a few days – it’s a small island, but there is truly a lot to see and do.

We ate our way through Dublin today! @offbeatdonuts was our favorite stop – the S’mores donut was spot on. ? #foodies #foodlovers #forkyeah #foodcoma #donuts #princesscruise #comebacknew

Dublin was also a pretty magical stop. It’s a huge city and it was so much fun to just wander. We didn’t schedule anything at all for that stop – we just hopped off our ship and walked. We found a lot to see, but I know there is so much we missed and I can’t wait to go back.

Our itinerary included an overnight in Dublin, so we got to explore there for two full days. So amazing!

On the second day, the boys and girls split up and the boys went to visit Dublinia while my daughter and I went on a donut tour. Dublin had some seriously good food. And so much of it – little bakeries and cafes and restaurants everywhere you looked. I was in heaven! 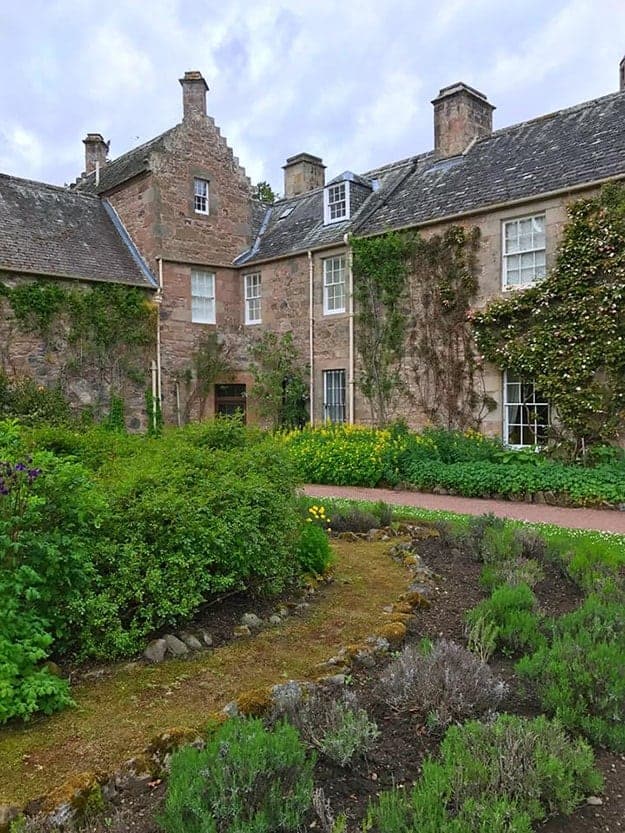 And, of course, Scotland was so much better than I could have hoped. Inverness was our only stop where we really skipped the city and went out sightseeing in the country. We stopped at Culloden Moor (as an avid Outlander fan, I had known about this battleground previously and it was really amazing to visit it in person) and traveled on to Cawdor Castle. The castle grounds were just beautiful and we walked the nature trails and just enjoyed being outdoors. 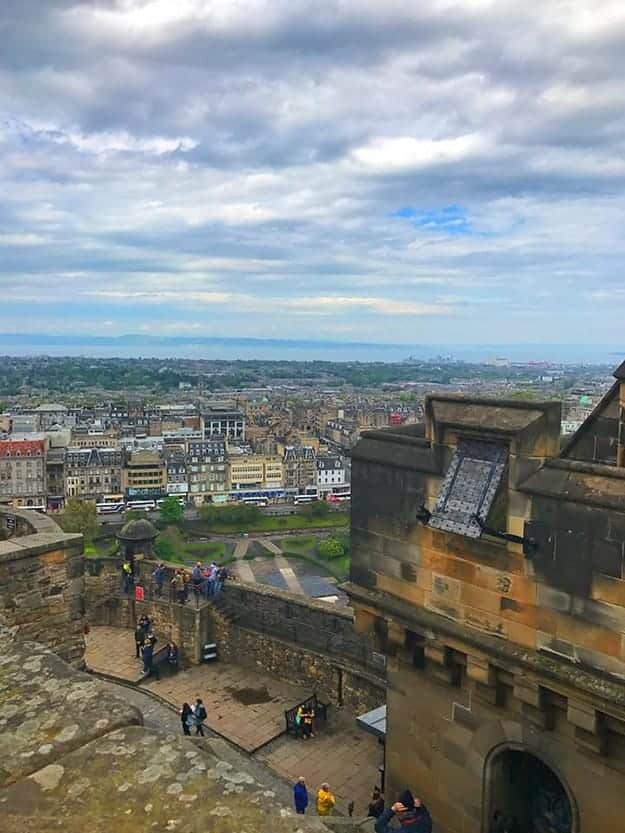 Edinburgh was simply beautiful. I’ve never seen another city like it and going back is high on my list of things to do soon. We visited The Edinburgh Dungeon (a total tourist trap, but seriously so much fun and worth every penny) and the Edinburgh Castle. The castle was enormous and there were amazing views as it sits high atop the city. It was by far the most crowded attraction we visited on the whole trip, though, so be warned if you don’t like crowds.

During our days at sea (only 2 planned for this whole 12 night cruise!) we kept busy. There is so much to do on a ship, it’s kind of mind-blowing.

Between all of the food, the Bingo games (I’m obsessed), and the open seating everywhere for board games, our kids never got bored. It was much too cold to swim for us, though a few people did brave the pools.

I do want to point out that Princess Cruises seems to have an older clientele. There were only 8 people under age 18 on our entire ship, according to the staff at the kids’ club. My children are homeschooled and used to entertaining themselves and not being around a ton of kids all the time, so this worked out well for us. And there were plenty of grandparent-type people around to chat them up. 😉 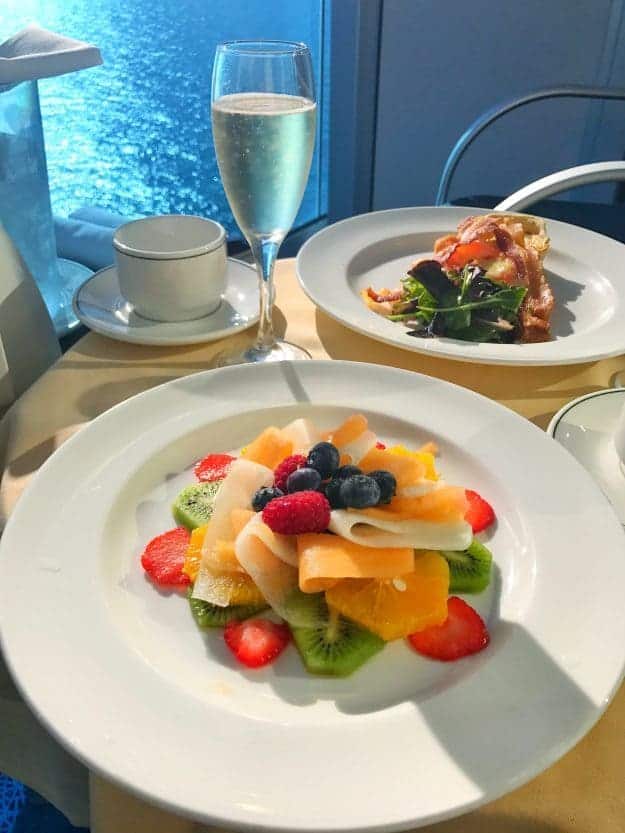 I enjoyed the crowd and the pace of the cruise. There weren’t a ton of children running around screaming, people were fairly quiet and laid back, and it definitely wasn’t a big “drunk” crowd like I’ve had on some other cruises (which I loved, but that’s because my kids weren’t there, haha). We were all a bit disappointed in the shows and entertainment as it was geared for an older crowd, but the other passengers seemed to enjoy it and we still found plenty of things to do. Bingo was our favorite and we played every game they had! We even won one of the games – although 3 other people did as well and we had to split the prize. I’m now rich with my $50 win. 😉

My daughter enjoyed the kids’ club with skee-ball, Wii games, and plenty of arts and crafts. My son never went to his club as he would have been the only teen in there with a room full of staff and he thought that was awkward. I don’t blame him. Ha!

The boat itself was just massive. I’ve been on a lot of cruises and I think this was the largest ship by far. The food was good and plentiful. They have a lot of specialty dining restaurants and we visited Planks BBQ. We had a massive tray of barbecued meat, AMAZING potato wedges, chili, and cornbread. It was my favorite meal on the ship.

The pool grill had some really creative tacos that I loved as well!

We also ordered a whole lot of room service. Toasted PB&J sandwiches with french fries are my favorite bed time snack on a cruise and these did not disappoint.

And, of course, the drinks were fabulous at all the bars. 😉

Overall, this trip was a total win for us and I would recommend cruising Europe as a great way to experience it for the first time. We now know where to we want to visit again and have a much better feel for how things work over there. I can’t wait for our next trip abroad!

Have you ever cruised or considered cruising? It’s truly one of my favorite ways to travel and I hope that you’ll consider it as well! You can read about more of my travel experiences here, if you’re interested in that kind of thing. 🙂

END_OF_DOCUMENT_TOKEN_TO_BE_REPLACED

You’ve got 30 minutes! Make it count with these kid-friendly favs.
END_OF_DOCUMENT_TOKEN_TO_BE_REPLACED

It's the best time of the year...pumpkin season! We have loads of pumpkin treats to try this fall!
END_OF_DOCUMENT_TOKEN_TO_BE_REPLACED