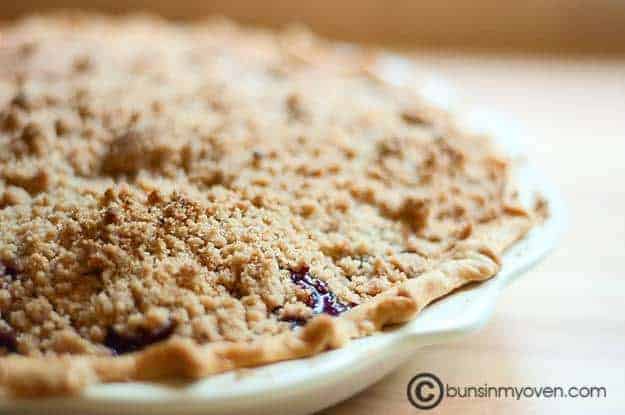 A couple of weeks ago, I decided that I was going to make my Daddy a cherry pie for Father’s Day. And so I did. I’d never made a cherry pie before. I’d never actually done anything at all with fresh cherries before. “How hard can it be?” I thought to myself as I grabbed a couple containers of fresh cherries from the grocery store.

I told my mama my plans and she laughed at me. She told me I was crazy and that the canned stuff would work just fine. She told me that pitting cherries would take forever and be a pain in the butt. She tried to crush my dreams, y’all. 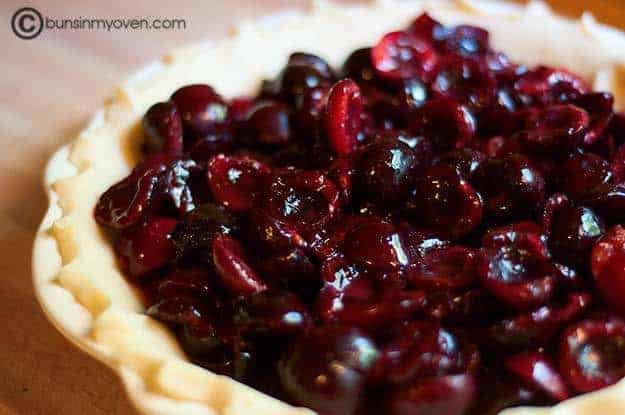 I perservered though. First I went to Wal-Mart to see if they had a cherry pitter (they did not), then I turned to my good buddy the Internet and asked him for help with pitting cherries by hand. There are a lot of methods for pitting cherries by hand, but I just kind of went with the flow and did what seemed to work best for me. I found that using a toothpick to cut the cherry in half worked better than a knife, because it was small and easier for me to hold as I was digging out the pit. I could just reach my thumb in the center of the cherry and pop the pit out without having to stop and set down a knife. The toothpick really worked well for me. All in all, pitting cherries was not that bad of a job.

Also? I was able to declare myself the winner of Father’s Day. After all, I pitted two pounds of cherries. By hand. For my daddy. I win! Best kid ever. Just don’t tell my brother. 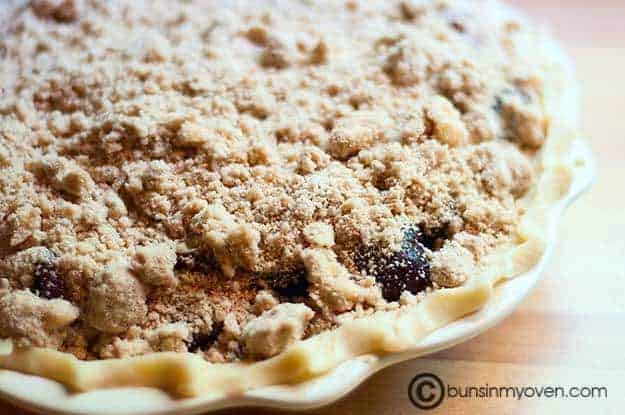 This pie was definitely better than the canned stuff, although my only other experience with cherry pie was in 7th grade. I, the super shy nerdy girl, decided to sign myself up for a pie eating contest during some sort of spirit week thing at school. It was me against three boys, hands tied behind our backs, face down in a cherry pie in front of the entire middle school. I came in third place.

I used a Pillsbury pie crust for the bottom (don’t hate) and then sprinkled the top with a delicious crumb topping. Crumb toppings are quite possibly my most favorite invention ever. They make me smile.

Go make someone this pie. They’ll love ya forever. 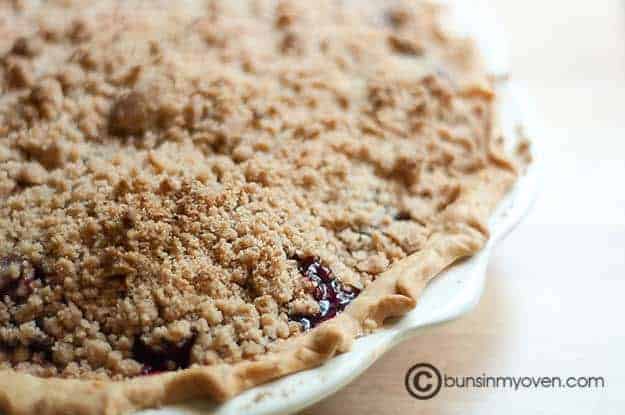 Preheat oven to 400 degrees with rack in the lowest position. Place your prepared pie crust in your pie plate.

In a large bowl, combine cherries, sugar, cornstarch, and lemon juice. Mix to coat all the berries. Pour into the prepared bottom crust.

In a medium bowl, combine the flour, baking powder, cinnamon, and brown sugar. Cut in the butter until well combined and you have small pea sized lumps. Sprinkle this over the cherry pie. There will be a lot of topping, but use it all.

Bake for 60-70 minutes. The cherry filling should be bubbling all over. Tent with foil when the crust/topping starts to brown (around 40 minutes). Transfer to a wire rack and let cool for 3 hours.

END_OF_DOCUMENT_TOKEN_TO_BE_REPLACED

You’ve got 30 minutes! Make it count with these kid-friendly favs.
END_OF_DOCUMENT_TOKEN_TO_BE_REPLACED

Baby, it's cold outside! And busy inside. Let's keep dinner simple with these crockpot favorites!
END_OF_DOCUMENT_TOKEN_TO_BE_REPLACED