First up, I’d like to say that being invited to the Wilton Food Blogger Workshop was totally scary. I mean, have you heard? I can’t bake cake. 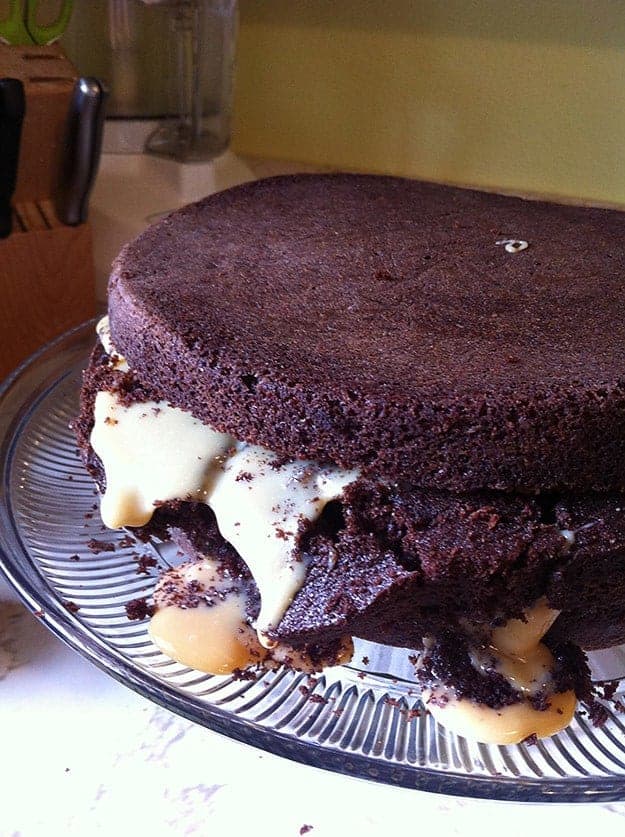 I was totally sure that they would kick me out once they found out my secret, but thankfully all of the Wilton peeps were super nice. They didn’t even look at me strange when I piped half of my bag of buttercream straight into my mouth.

But I bet they would have been totally cool with it. If they invite me back again, I’ll give it a shot and let you know how it goes.

All the pretty bloggers I got to meet. Be jealous. Be very jealous.

The workshop started out with us breaking up into teams for the cake decorating competition scheduled for the afternoon. I got totally lucky and was paired up with Mel from Mel’s Cake Walk and Nicole from Baking Bites.  They’re pretty much pros at the decorating thing, and I’m, uh, not.  Thankfully we got a lesson in piping. I piped rosettes, squiggly lines, shell borders, leaves, and all manner of cute things. And, may I just say, if I can pipe cute things, so can you. Check out some of the awesome Wilton courses at your local craft store. It’s kind of awesome learning how to do these things from a pro, rather than trying to figure it out on your own. 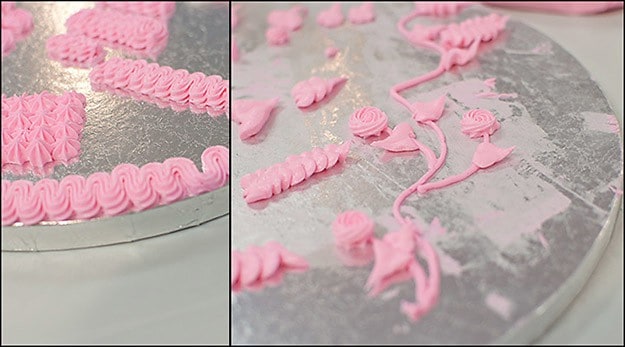 During the piping lesson, Kristan from Confessions of a Cookbook Queen tried to kill me. She’s really quite mean.

Alright, so the truth is she’s actually kinda nice. I like that girl.

After our piping lesson, we got a quick tour of Wilton. Their prop room made me weep with jealously.

And my husband thinks I’VE got too many props? Psh.

We also got to tour the super secret decorating room, but they wouldn’t let me take any photos. Wilton is already working on stuff for next year’s yearbook, so it was all very hush-hush. Yes, I feel totally cool for getting to see the super secret projects their working on. Also, I’d just like to take this moment to say “Neener neener neener.” I’m classy like that. 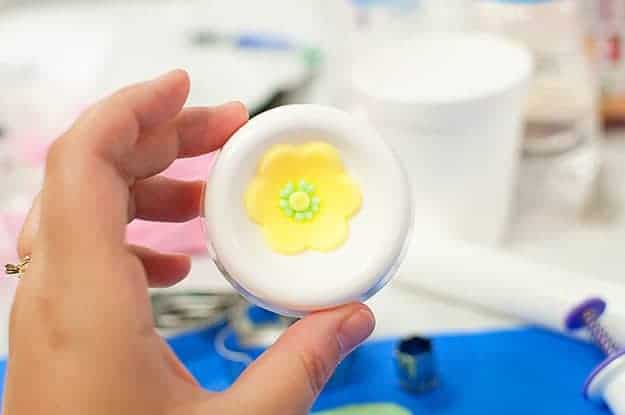 This is one of the pretty ones. There is no photographic evidence of the ugly ones.

During all of this, there was a video camera man and woman wandering around making me nervous. I can’t help it. Video cameras make me want to hide my face. 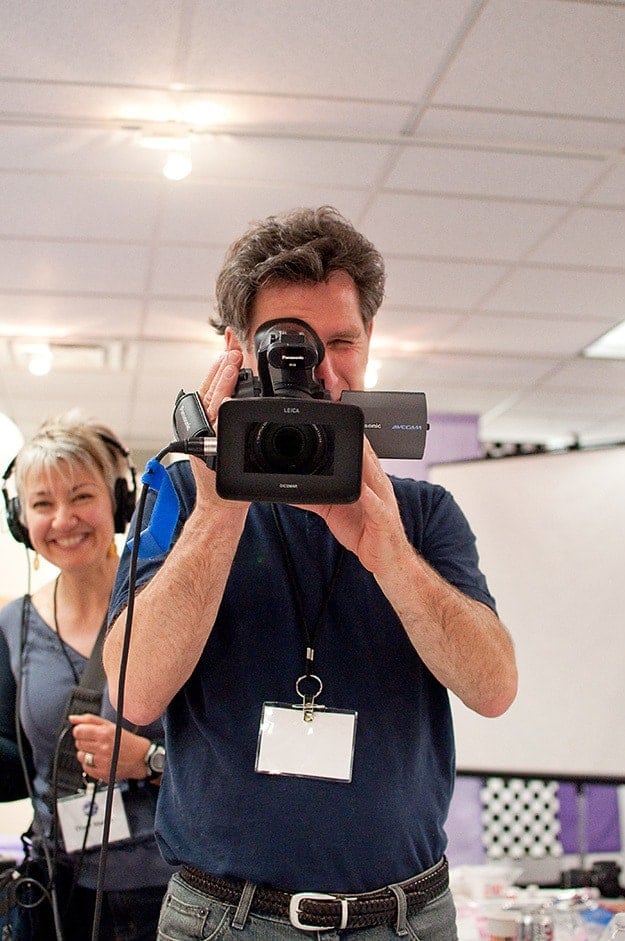 Lord have mercy, I’m going to end up on YouTube, aren’t I?

Kristan and Amy (She Wears Many Hats) were totally not scared of being filmed. I’m not sure what they are talking about here, because I was too busying making weird faces at them and pretending to be the paparazzi. 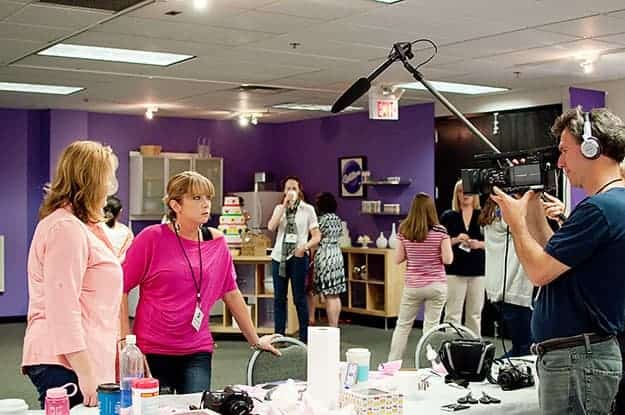 After our fondant lesson, each team got a two tier cake to decorate. It was hard work, which is why I designated myself the team photographer and let the professionals do all the work. I did, however, make that rockin’ beach ball. 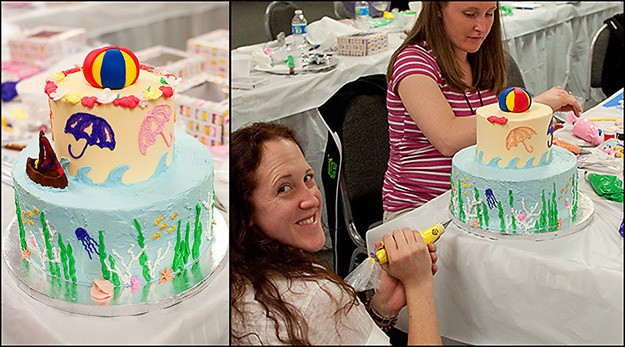 Pretty awesome, if I do say so myself.

Next up was the tent sale, but there were no photos taken. I was too busy shoving items marked 50% off into my cart. It was pretty amazing and if you’re ever in the neighborhood during Wilton’s annual tent sale you’ll probably want to head on over. Cake pans, cookie sheets, cookie cutters, piping tips, craft supplies, fondant, you name it, they had it. And it was cheap.

After our busy day of cake decorating we were treated to a fab dinner and the awards ceremony for our cakes. 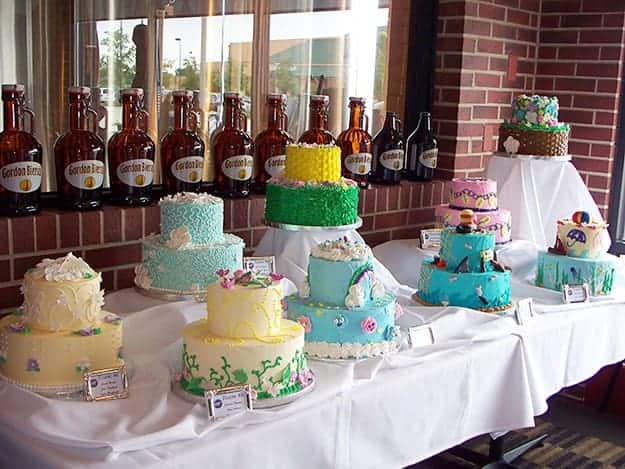 Our team won “Most Creative.” 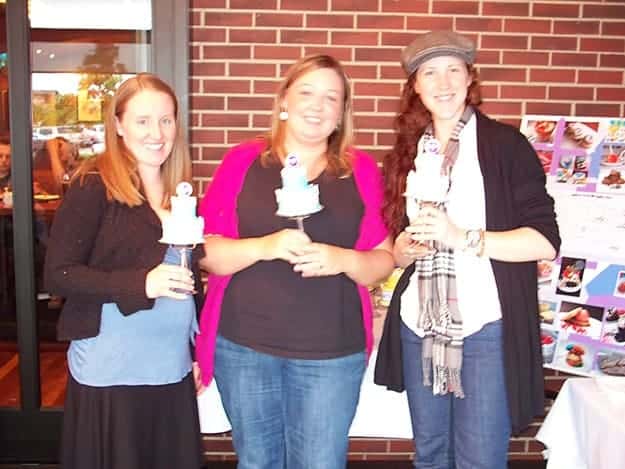 I’ve never been so proud. Also, cutest trophy EVER. (Photo courtesy of Wilton.) 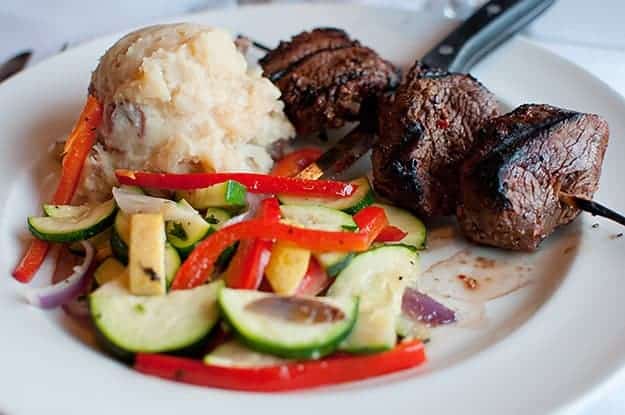 And, of course, we posed for photos. 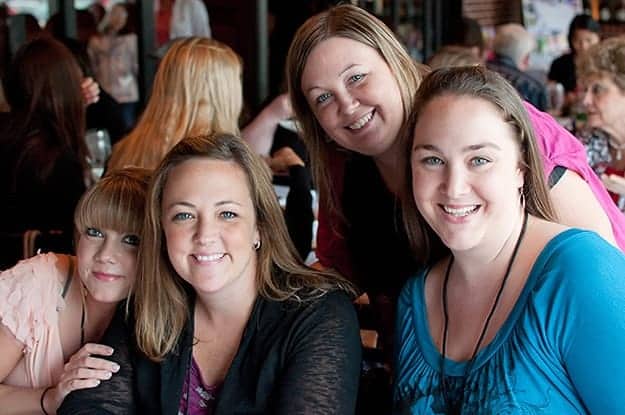 Left to right: Kristan of Confessions of a Cookbook Queen, Shelly of Cookies and Cups, me, and Glory of Glorious Treats

Big, huge thanks to Wilton for putting on such an awesome event!  Special thanks to Mary, Beth, Nancy, Meredith, Valerie, and Sandy for making me feel so welcome and being so sweet.

Hugs to Amy (She Wears Many Hats) who is just as nice as you imagine her to be, Shelly (Cookies and Cups) who talked me into watching Real Housewives of New Jersey and now I’m not sure if I should thank her or hate her, Glory (Glorious Treats) who I really enjoyed chatting with, Kristan (Confessions of a Cookbook Queen) who is just as sparkly as you’d expect, and Stacie (Cupcakes Take the Cake) who is possibly the most hilarious person I’ve ever met and I love her even if she does insist on calling me “Sue.” More hugs to Aggie (Aggie’s Kitchen) and Julie (The Little Kitchen) who I’m so happy to have found so that I can now stalk their blogs. Even more hugs to every one else at the event who I would love to link to, but my fingers are tired of typing now. Blame my fingers, not me. xoxo

END_OF_DOCUMENT_TOKEN_TO_BE_REPLACED

You’ve got 30 minutes! Make it count with these kid-friendly favs.
END_OF_DOCUMENT_TOKEN_TO_BE_REPLACED

Sweet treats are a must in our house! Check out a few of our best recipes!
END_OF_DOCUMENT_TOKEN_TO_BE_REPLACED