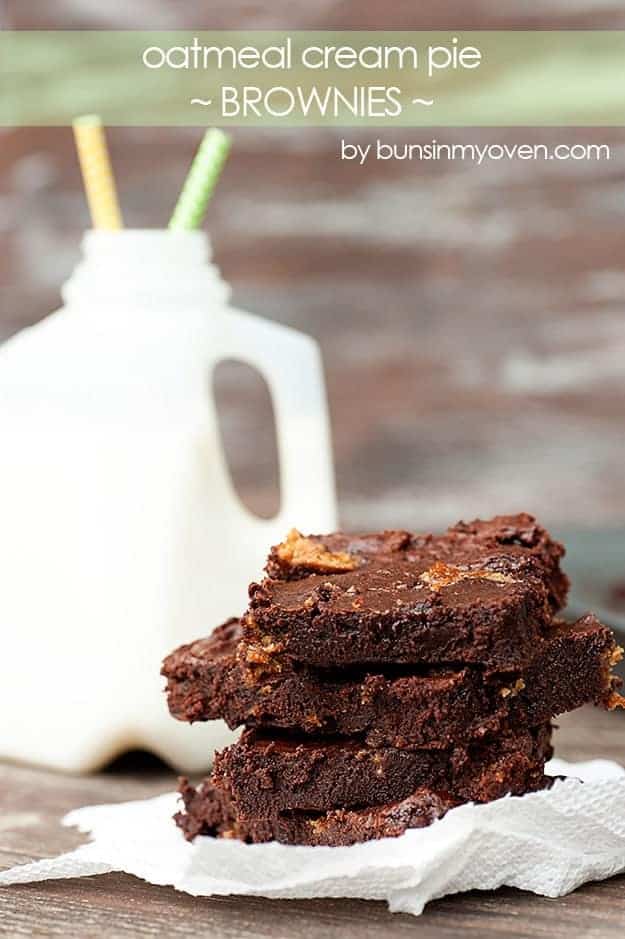 The other day I was standing in that aisle of the grocery store.

You know the one.

The aisle with the candy and the cookies and the prepackaged foods that are generally best to stay far away from. 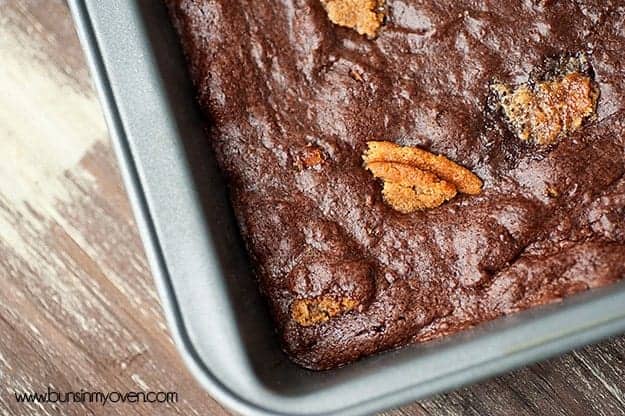 But, you guys, those oatmeal cream pies were just calling my name. How could I ignore them? Who was I to leave them looking so lonely on the grocery shelf?

I had just about talked myself into walking away empty handed when my daughter piped up and said “Can we make brownies for dessert tonight?” 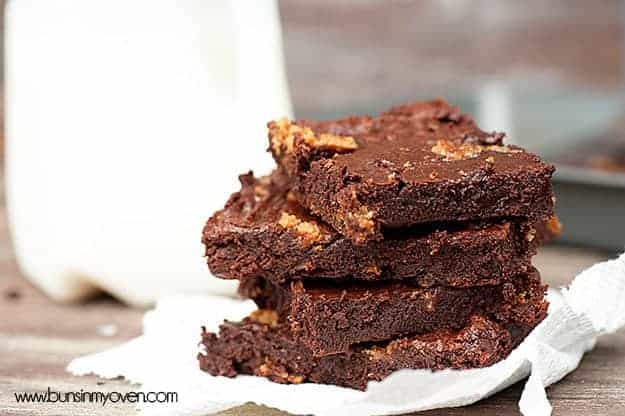 Oatmeal Cream Pie Brownies were born in that instant, you guys. Welcome to the world, you delicious little treats.

I used Alice Medrich’s cocoa brownies as the base, because this is one of my favorite brownie recipes. They are so easy and unbelievably dense and fudgy. I know some people believe that true brownies need melted chocolate, but I’m telling you, these cocoa brownies are to die for.

Feeling extra bake-y today? Make your own oatmeal cream pies! These blow the store bought version right out of the water!

The little bits of oatmeal cream pies scattered throughout the brownie just give them this unexpected spice and flavor with little bursts of sweetness from the melted cream filling. All in all, these brownies were simply amazing.

END_OF_DOCUMENT_TOKEN_TO_BE_REPLACED

You’ve got 30 minutes! Make it count with these kid-friendly favs.
END_OF_DOCUMENT_TOKEN_TO_BE_REPLACED

Sweet treats are a must in our house! Check out a few of our best recipes!
END_OF_DOCUMENT_TOKEN_TO_BE_REPLACED