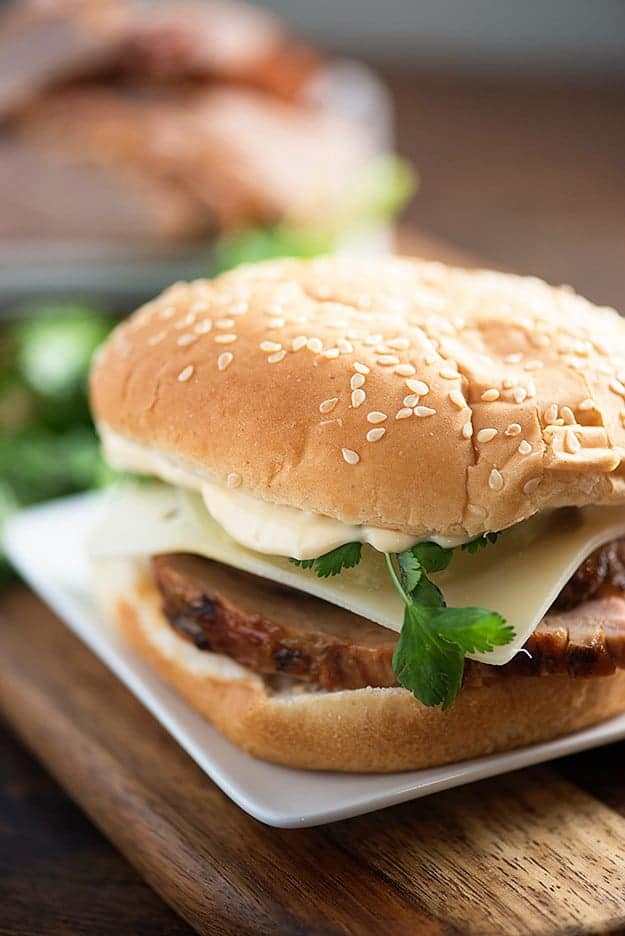 Can we talk about husbands for a minute?

I mean, I like mine. A lot. He’s hilarious and he’s totally hot and he’s good at hanging things on the walls and pulling weeds in the backyard.

But, you know, I kind of feel like I got ripped off in the grilling department.

My husband has exactly zero issues with letting me do the grilling. We’ve divided up household chores to suit our various strengths and cooking is obviously something that I’m pretty decent at. So, he lumps grilling in with cooking and just happily stands by while I cook a bunch of meat over an open fire. 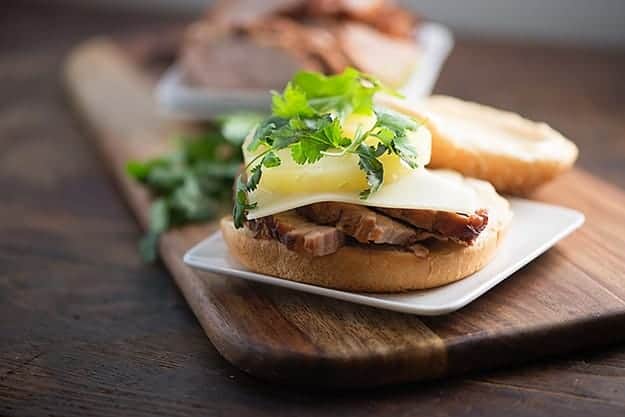 I guess I shouldn’t complain. It’s not like grilling is hard. It’s just that I feel like most women get to skip grilling and I’m missing out. I could totally be spending that extra bit of time catching up on Netflix, ya know?

But, since I’m so good at grilling, I thought I’d grill up some man-friendly pork sandwiches for Father’s Day this year. My man loves him some pork. It’s most definitely his favorite meat, so I knew I’d have to come up with something porky and delicious for him this year.

I started these Hawaiian inspired sandwiches with a Smithfield marinated pork tenderloin. I’ve been working with Smithfield to develop recipes using their marinated fresh pork and it’s been such a fun experience.

Because the pork has been marinating away in the package, it’s not only easy to prepare (the hard work of seasoning the meat is already done!), you know the meat will be packed with flavor. The longer something marinates, the tastier it gets right? 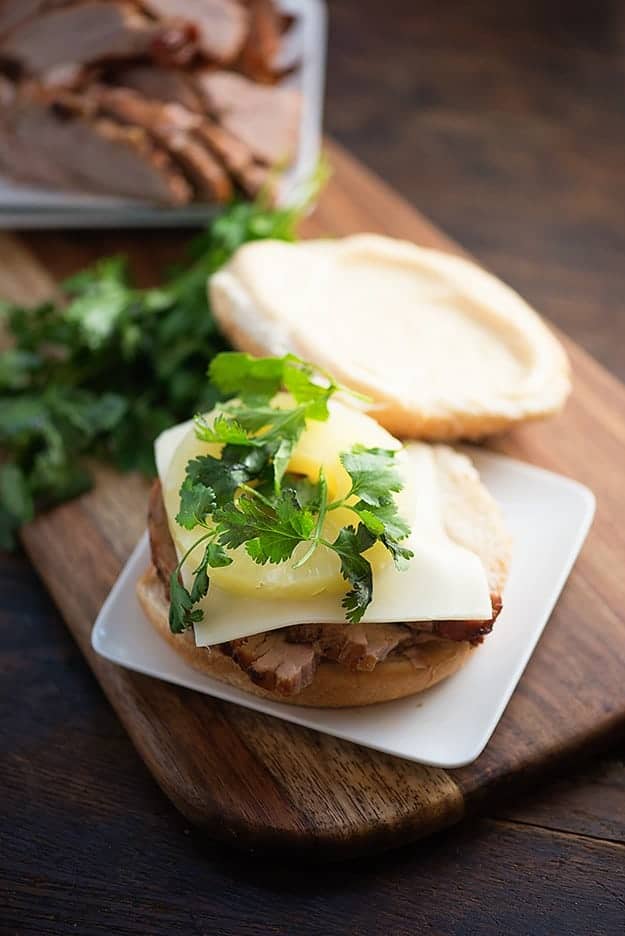 I grilled up a Smithfiled Teriyaki Pork Tenderloin and was blown away by how quick it was to cook. It took 25 minutes on the grill and about 2 of those minutes were actual hands on time. The rest of that time was spent catching up on Netflix…so yes, dreams do come true.

After the pork was cooked through, but still wonderfully juicy, I sliced it thin and added it to some sandwich buns with a slice of pineapple, a handful of cilantro leaves, a slice of Swiss cheese, and some teriyaki mayo. Such an easy sandwich that was really bursting with flavor! Be sure to have napkins ready, because this juicy sandwich will be dripping all over! 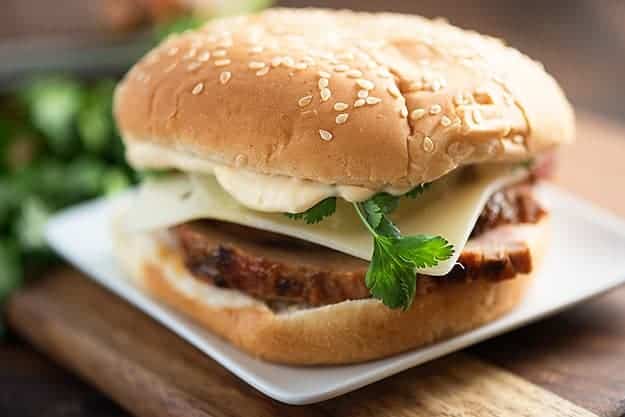 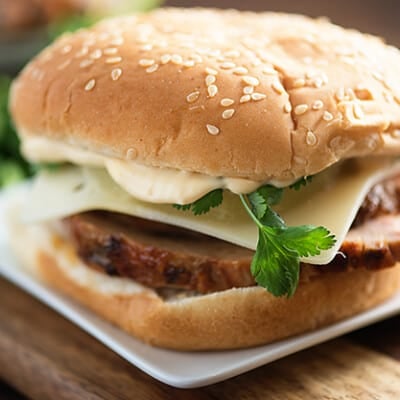 After the pork was cooked through, but still wonderfully juicy, I sliced it thin and added it to some sandwich buns with a slice of pineapple, a handful of cilantro leaves, a slice of Swiss cheese, and some teriyaki mayo. Such an easy sandwich that was really bursting with flavor!
Print Pin
Prep5 minutes
Cook25 minutes
Total30 minutes
Serves 4 servings

END_OF_DOCUMENT_TOKEN_TO_BE_REPLACED

You’ve got 30 minutes! Make it count with these kid-friendly favs.
END_OF_DOCUMENT_TOKEN_TO_BE_REPLACED

Sweet treats are a must in our house! Check out a few of our best recipes!
END_OF_DOCUMENT_TOKEN_TO_BE_REPLACED