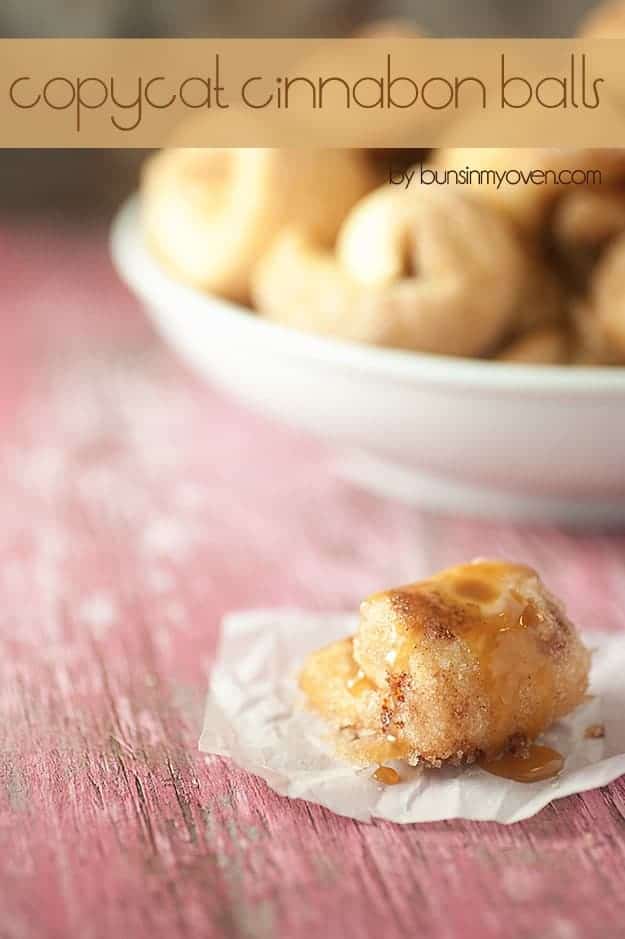 So, little known fact, but Nebraska seems to be the cinnamon roll headquarters of the world.

You don’t find donut shops around here, you find cinnamon roll shops. Prior to living in Nebraska, the only legit Cinnabons I could find were when I visited an airport or the mall in a really big city.

Now? I just drive down the road, in my little tiny town of 4,000 people, and stop at one of the gas stations. There is an actual, honest to God Cinnabon kiosk right in the gas station making fresh cinnamon rolls all morning long. 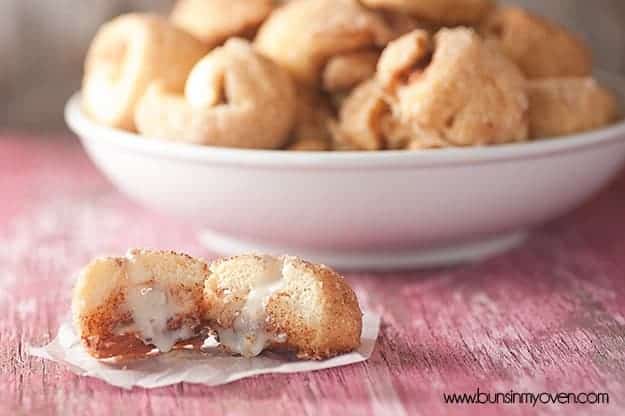 Also, Nebraskans eat cinnamon rolls with their chili. They’re served together all over the place and I’m sorry, but no.

Anyway, I made you some Copycat Cinnabon Balls like you’d find at Taco Bell. They’re oozing with frosting, which is always a good thing.

Hop on over to Tablespoon to get the recipe!

END_OF_DOCUMENT_TOKEN_TO_BE_REPLACED

You’ve got 30 minutes! Make it count with these kid-friendly favs.
END_OF_DOCUMENT_TOKEN_TO_BE_REPLACED

Sweet treats are a must in our house! Check out a few of our best recipes!
END_OF_DOCUMENT_TOKEN_TO_BE_REPLACED